Home National Donald Trump to Fox News: 'The one that matters is me. I'm...
Support progressive journalism.
Donate today 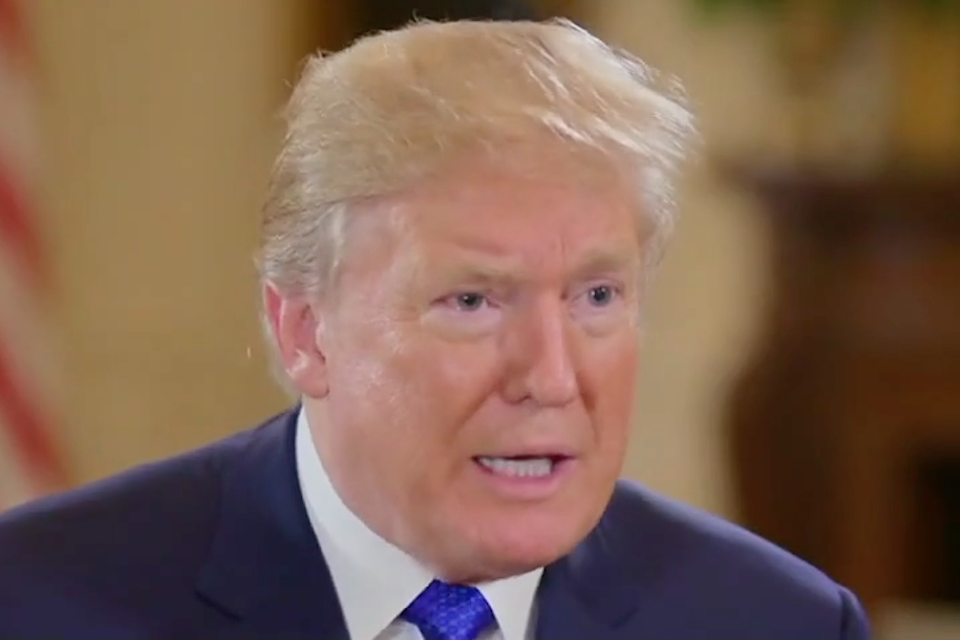 No wonder his secretary of state called him a moron.

In what barely passes for an interview — with almost no questions, but plenty of praise — Donald Trump told new Fox News host Laura Ingraham why he hasn't bothered to fill a number of empty positions at the State Department.

It was a revealing but not surprising moment from the man who claimed, during his nomination speech at the Republican National Convention, "I alone can fix it."

INGRAHAM: Your state department still has some unfilled positions. Are you worried that the state department doesn't have enough Donald Trump nominees in there to push your vision through? Because other state departments, including Reagan’s at times, undermined agendas. There is a concern that the State Department is currently undermining your agenda.

TRUMP: So we don’t need all the people that they want. You know, don’t forget, I’m a business person and I tell my people, when you don't need to fill slots, don't fill them. But we have some people that I'm not happy with there.

INGRAHAM: But assistant secretary of state – you’re not getting rid of that position.

TRUMP: Let me tell you — the one that matters is me. I am the only one that matters. Because when it comes to it, that's what the policy will be. You have seen that strongly. We are filling up.

Trump has had a tumultuous relationship with his chief diplomat, Secretary of State Rex Tillerson. It was revealed in October that Tillerson called Trump a "fucking moron" over the summer, after Trump demanded that the military ramp up a nuclear arms race by increasing the nation's arsenal tenfold.

Tillerson refused to deny the report.

Trump has repeatedly humiliated himself and the country on the global stage, especially when traveling abroad. In May, other world leaders actually laughed at him when he attempted to explain how NATO works.

When he travels to Asia next week, it is all but certain that he will humiliate himself and America again, creating more headache for his beleaguered secretary of state.

His treatment of Tillerson and the general concept of diplomacy led Republican Sen. Bob Corker of Tennessee to publicly advise Trump, "You cannot publicly castrate your own secretary of state."

Trump's interview with Ingraham showed Trump has failed to heed that advice.

Ingraham, for her part, did not bother to press Trump on his claim that he doesn't need anyone at the State Department. But that comes as no surprise, given that she has been a staunch advocate for and supporter of Trump. Instead of asking him to explain how he thinks diplomacy can work without a fully staffed State Department, she lavished praise on him.

"I like the fact that you're impatient for change," she said at one point. There was no question that followed.

The entire "interview" — if it can even be called that — was a transparent and embarrassing quid pro quo. Trump appeared on his favorite network to bash the rest of the media as "fake news," giving a boost to Ingraham's new show. And she returned the favor by simply complimenting him and ensuring he would not have to explain anything he said.