Home National Donald Trump to global leaders: 'I never knew we had so many...
Support progressive journalism.
Donate today 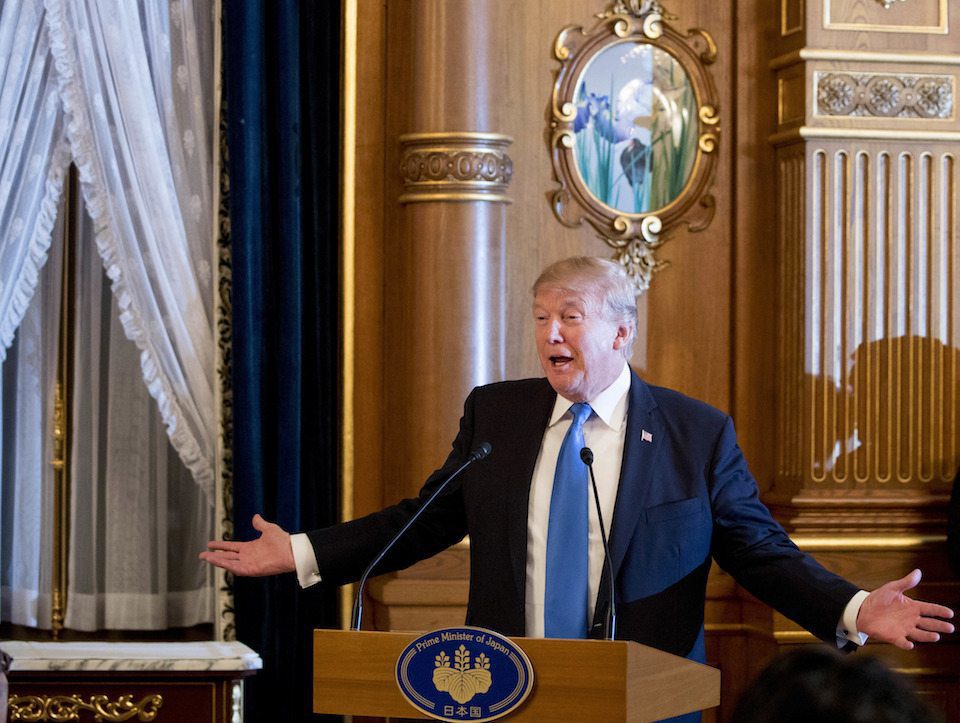 Donald Trump told his Japanese hosts he "never knew we had so many countries," again making America the butt of a global joke.

Donald Trump is determined to turn every trip he takes abroad into a nonstop cringe-fest for Americans as he stumbles through his interactions with world leaders.

The latest such gaffe came as Trump was making a toast during a state dinner with Japanese Prime Minister Shinzō Abe at Akasaka Palace.

Recounting the 2016 election — because that is the only context Trump seems to have for anything in the world — he told the crowd how the number of congratulatory phone calls surprised him when "everybody was calling me from all over the world" because he "never knew we had so many countries."

It doesn't help the caricature of American ignorance when the leader of the country so blatantly demonstrates his ignorance and speaks about it as a supposedly amusing anecdote.

The remark follows his bizarre behavior after he instructed reporters to give him credit for improving economic conditions in America while speaking about Chinese President Xi Jinping.

After reporters noted Jinping's "successful run," Trump complained, "Excuse me, so am I." He then launched into an extended campaign speech, rather than focusing on international relations.

Yet even when he has done that, Trump has fumbled.

Meeting with Japanese business leaders, Trump said, "We love it when you build cars - if you're a Japanese firm, we love it - try building your cars in the United States instead of shipping them over."

Japan currently builds more cars in America than the big three U.S. automakers do, and they have done so for years.

Trump is already an embarrassment to millions of Americans through his actions and words on U.S. soil, but when he goes overseas, it seems he doubles down on his embrace of ignorance and loutishness.

He is unfortunately the face of America, and he seems dead-set on making the entire country look bad while he tries to puff himself up.