Home National Donald Trump wanted a lot of horses for his welcome reception in...
Progressive journalism is under attack. Please help us fight back!
DONATE 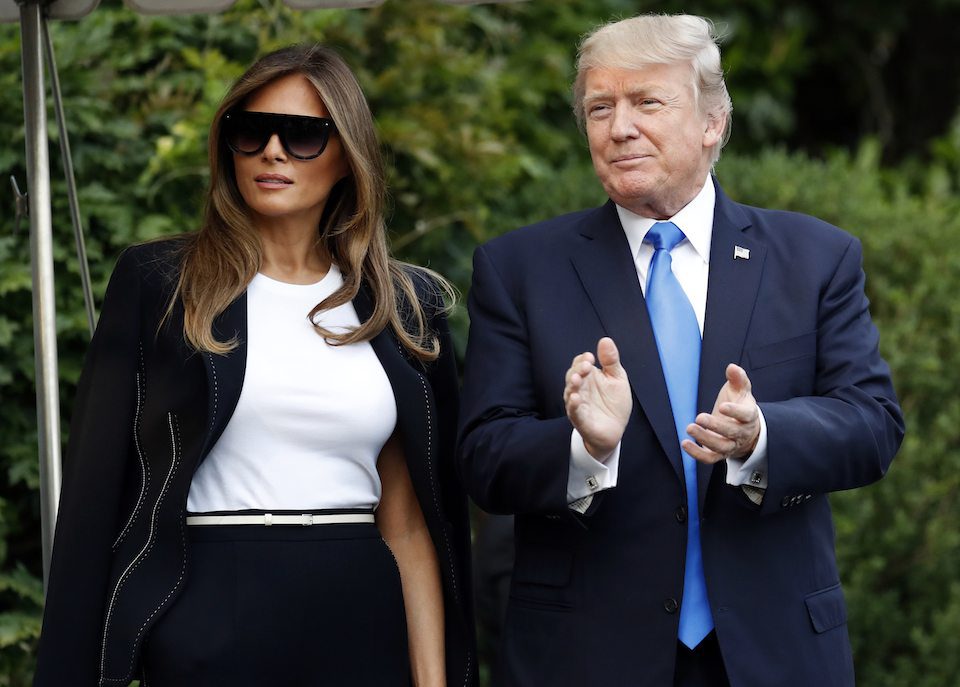 Donald Trump risked his life, according to his imaginary friend "Jim," to travel to Paris, but at least he got to see some horses.

It seems Donald Trump wanted a pony. Several of them.

The president of the United States was invited to France — a nation that is not particularly eager to have him — to participate in the country's celebration of Bastille Day.

Since before taking office, he has demonstrated a remarkable and frankly bizarre hostility toward France. He has repeatedly told the story of his friend "Jim" — whom the Associated Press determined likely does not exist — who supposedly complained to Trump that even though he "loves Paris" and used to travel there every summer, he no longer does because "Paris is no longer Paris."

Trump used this unlikely tale as evidence that France is too welcoming of refugees and has been turned into some kind of third-world nation, overrun by terrorists.

So it seems the way to entice him to travel to the country was to offer him horses.

According to White House pool reports, "As promised, there were at least two dozen horses" at the welcome reception for Trump at Les Invalides, where Napoleon and many other famous and infamous French are buried.

Beautiful welcome by @EmmanuelMacron at Les Invalides in Paris for @realDonaldTrump. #POTUSAbroad pic.twitter.com/ORb25kQNeB

Trump's love of ostentation has been known for years, and becoming president has not exactly humbled him. Before bailing on his scheduled trip to England, out of fear of the mass of protesters who were expected to greet him, Trump had demanded the royal treatment, so to speak, including a ride in a gold-plated carriage with the queen.

Snopes reported that such mode of transport "isn't so unusual" — other world leaders, including Russian President Vladimir Putin have taken this ride — but Trump's predecessor, President Barack Obama, chose to forego this "tradition."

During Trump's first international trip as president, he also received the royal welcome in Saudi Arabia, where King Salman repeatedly referred to Trump as "his excellency" — a transparent and comical ploy to appeal to Trump's world-famous ego.

In France, it seems Trump's ego demanded dozens of horses.

Given Trump's hostility toward the country, the French are not exactly happy to be hosting him. According to NBC News, "Many Parisians said they recognized the importance of a U.S. president’s visit — but they wished that president wasn’t Donald Trump."

“We don’t understand why the Americans elected him, but he's the U.S. president now,” said one Parisian.

“Symbolically it’s important," said another. "We have to respect history. But as an individual, as a man, he is not wanted here. He is not in our hearts."

Trump has been in hiding since his return from the G20 summit in Germany last week, with nothing on his public schedule since his return over the weekend. It would seem Trump was exhausted from his trip and might have needed to spend the week resting up for his next trip.

Perhaps a trip to Paris, to watch a parade and see some horses, is exactly the kind of relaxing getaway the already-exhausted president — who apparently will be taking off the entire month of August — needs.

And perhaps somewhere Jeb Bush, Trump's primary opponent whom he regularly ridiculed as "low-energy Jeb," is having a good chuckle.