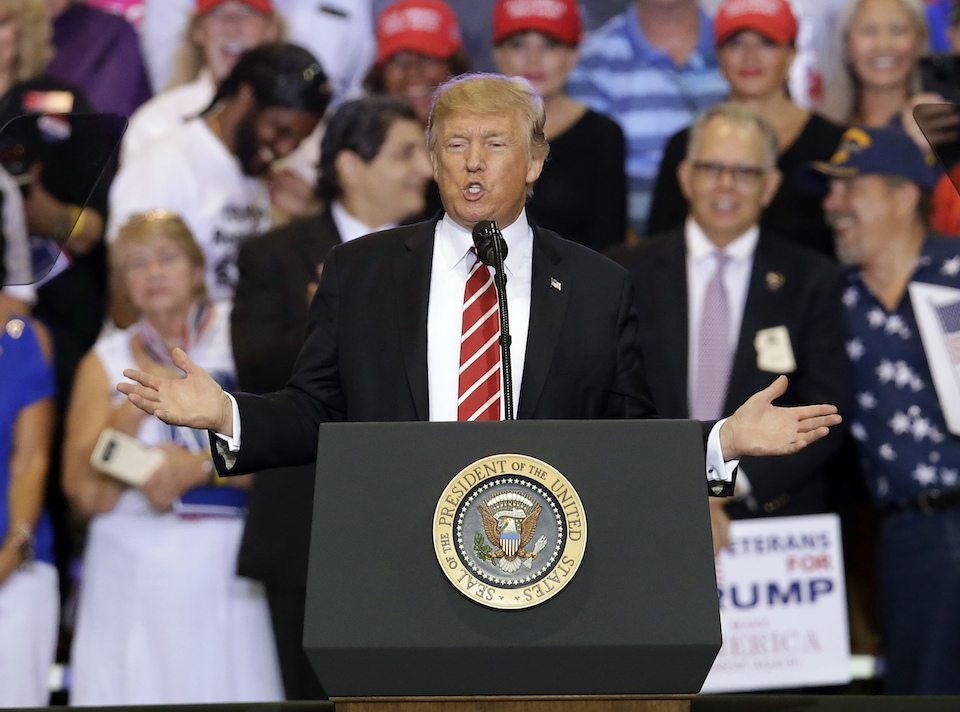 (AP Photo/Rick Scuteri)
Get The American Independent in your inbox

Donald Trump's re-election campaign may have violated federal law by hosting Ben Carson at a campaign rally in Phoenix. Now a watchdog group is demanding federal records to find out if government resources were misused.

Donald Trump's re-election campaign may have violated federal law with his rally in Phoenix, Arizona.

While Trump's extended defense of his white supremacist remarks generated headlines, Citizens for Responsibility and Ethics in Washington (CREW) is demanding documents to examine whether his campaign broke the law.

CREW has submitted a Freedom of Information Act request to the Department of Housing and Urban Development, headed by Ben Carson. CREW wants "all records pertaining to the authorization for and payment of" Carson's trip to the Trump rally, where he appeared on stage with Trump and made remarks promoting and defending him.

CREW also wants to know if government resources and personnel were used to prep Carson for the event. In a press release, CREW noted, "The requested records would go a long way toward answering the question of the secretary’s capacity at the rally, the extent to which his participation was taxpayer-funded, and the extent to which other HUD officials assisted the secretary in making a campaign-related speech."

If Carson appeared at the political event in his capacity as the head of a government agency, that would be a violation of the Hatch Act, which bars employees of the executive branch from using their office for political purposes.

As Carson took the stage, he was introduced as "the secretary of the U.S. Department of Housing and Urban Development," giving the appearance that he was at the rally — put on by Trump's re-election campaign — as a government agent, and not just as a fellow Republican.

Trump has begun his re-election effort less than a year after obtaining the presidency, and his track record within the office indicates a complete disregard for the law and ethical boundaries. In 2016, he used his campaign as a way to enrich himself, to the tune of millions. It certainly appears that he is doing the same with his re-election campaign.

Now he has the presidency and the federal government behind him, and Trump has shown little indication that he can control his impulse to completely embrace corruption.