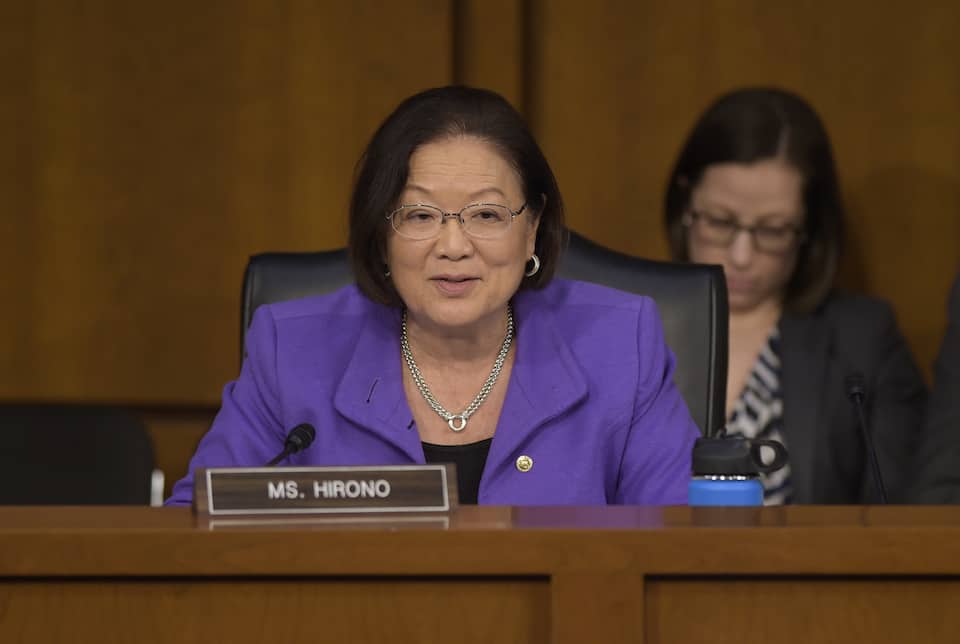 A tweet from the GOP designed to attack James Comey and defend Donald Trump falls apart quickly after Democratic Senator Mazie Hirono exposes it for the lie it truly is.

Senator Mazie Hirono‏ (D-HI) pushed back quickly and forcefully on a fake news story being circulated by the official Republican Party twitter account.

The account claimed that former FBI Director James Comey "testified under oath" that Donald Trump "never asked him or anyone else to end any investigation."

But as Hirono notes, "If you listen to my question, I only asked about officials at Justice, not @POTUS." She adds, "Don't fall for their lies."

The video accompanying the Republican tweet proves her correct, and playing the 16-second video clip quickly debunks the false tweet.

#BigLeagueTruth: Comey testified under oath that @POTUS never asked him or anyone else to end any investigation. #ComeyHearing pic.twitter.com/8hSdp47SV5

In the video, Hirono asked Comey if "the Attorney General or senior officials at the Department of Justice" would have the power to stop a specific investigation, and whether that has ever happened. In response, Comey said, "Not in my experience."

Hirono never referred to Trump in her question, and Comey's response was about leadership at the Department of Justice, not the White House.

Yet the GOP said precisely the opposite in the tweet, right below the captioned video.

In an exclusive statement to Shareblue, Hirono called out the GOP's mendacity:

If you listen to the exchange, it’s clear that I only asked former Director Comey about pressure from officials at the Department of Justice, but the RNC chose to move forward and take a far-right conspiracy theory as fact. This sends a clear message that Republicans are willing to share fake news and dangerous narratives in their quest to deny Russian interference in our elections. Unfortunately, we’ve come to expect no less from the mouthpiece of an Administration that deals in alternative facts.

Once again, we see the extent to which Trump and the Republicans are willing to stretch the truth in order attack someone with whom they disagree.

The evidence that Trump was attempting to obstruct justice by pressuring Comey continues to pile up, and bald-faced deception of this sort on his behalf just makes him look guiltier.