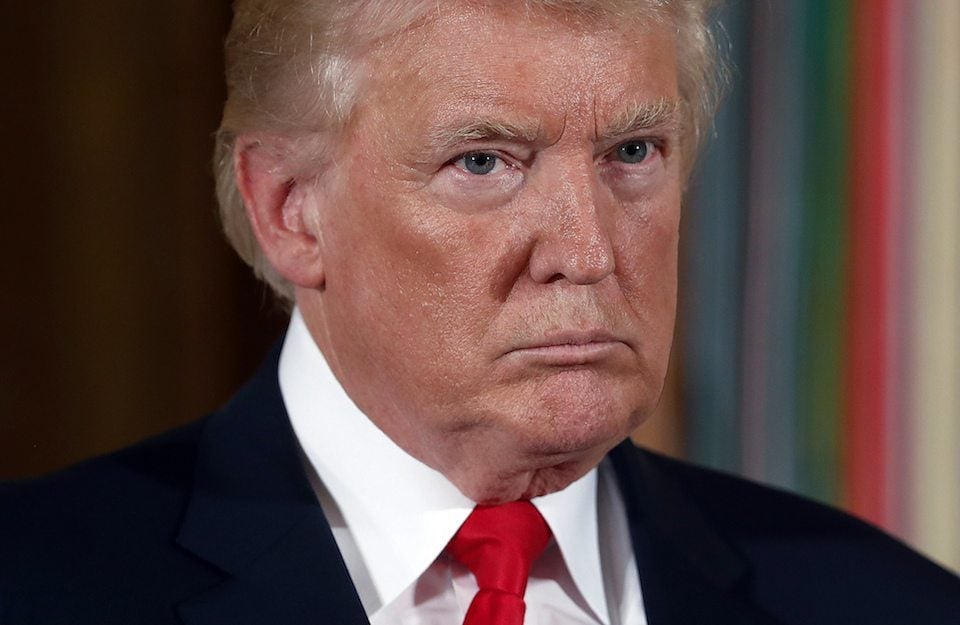 Now 56 retired generals and admirals are blasting Trump for the ban as well. In a brutal statement released Tuesday, the retired officers said Trump's ban "would cause significant disruptions, deprive the military of mission-critical talent, and compromise the integrity of transgender troops who would be forced to
live a lie."

Ultimately, the group stated, the ban "would degrade readiness even more than the failed 'don't
ask, don't tell' policy."

The group also refuted Trump's claim that discriminating against transgender service members was somehow a cost-saving measure, saying, "We respectfully disagree, and consider these claims to be without merit."

Contrary to Trump's assertion on Twitter that the military "cannot be burdened with the tremendous medical costs," the group cited a study that found the cost of health care for transgender troops would be, at most, "one one-hundredth of one percent of the military's annual health care budget."

In other words, another stunning lie from Trump to support his discriminatory agenda.

It's not just retired military who are criticizing Trump's hasty and hateful ban. A candidate for a position at the Department of Homeland Security even withdrew his name from consideration because, he said, Trump's ban "runs counter to my deeply held beliefs, and it would be impossible for me to commit to serving the Administration knowing that I would be working against those values."

While Trump claimed, when he made his surprise announcement on his new policy, that he did so in consultation with generals and military experts, that was news to the Pentagon, which learned about it, along with the rest of the world, on Twitter.

Since his announcement, it has become plainly obvious that Trump did no such thing. And if he had, all those generals and military experts would have told him that discriminatory policies do not strengthen our military. Indeed, they weaken it by forcing out brave men and women who are willing to serve their country — something Trump himself was never willing to do.

Perhaps Trump should have consulted them after all.