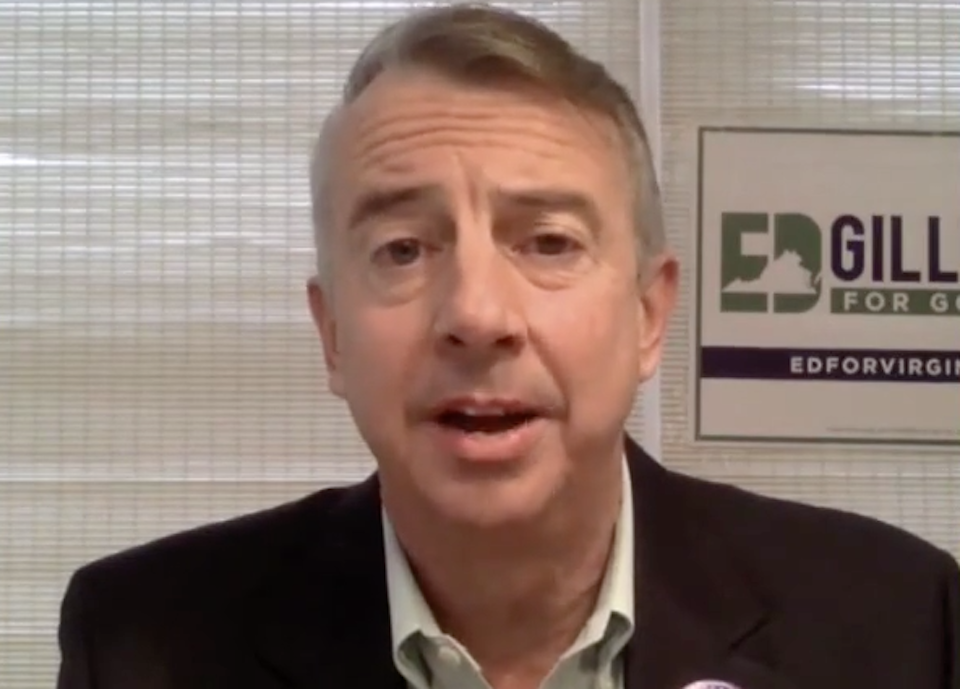 Republican Ed Gillespie said the governor of Virginia has to be a lapdog for Donald Trump. But Virginians didn't vote for Trump last year, and his approval rating with them a year later is embarrassingly low.

Virginia gubernatorial candidate Ed Gillespie made the argument that the governor of Virginia has to be subservient to Donald Trump, even though voters there have consistently rejected him.

Gillespie made his comments while appearing on Fox News, in a final push for his overtly racist campaign on the pro-Trump propaganda outlet.

An Election Day tweet from Trump, smearing Democrat Ralph Northam and boosting Gillespie, launched the conversation about allegiance to Trump. Gillespie made clear he would not put the feelings of Virginians above his fellow Republican.

Speaking to host Brian Kilmeade, Gillespie said, "If you're going to be governor of the commonwealth of Virginia, you better be able to work with the president of the United States." adding, "my opponent has spent the entire campaign attacking the president in the most vicious personal terms and that's not going to help us if he wins."

GILLESPIE: Well, you know I appreciate the president's support very much, Brian. And if you're going to be governor of the commonwealth of Virginia, you better be able to work with the president of the United States and the vice president and the Cabinet. Twenty cents of every dollar in our economy here in Virginia is a direct federal dollar.

And I'll be able to work with the president to make sure that Norfolk remains the largest naval base in the world, we're building more ships and submarines in Newport News, we're dredging the channel in the Port of Virginia, and getting more of our transportation dollars to spend in Virginia as we see fit and so being able to work with the president's always been important for a governor. My opponent has spent the entire campaign attacking the president in the most vicious personal terms and that's not going to help us if he wins.

But fortunately that's not going to be the case, I can tell you from the momentum and intensity and the enthusiasm I have seen over the course of the past two weeks in particular, Brian, I honestly believe we're going to win this race today.

Gillespie has run his campaign from the racist Trump playbook, and has been praised by white supremacist and former Trump strategist Steve Bannon for doing so. On Fox, that brand of toxic racism is standard, and won't be challenged. But it isn't reality.

Virginians have consistently and repeatedly rejected Donald Trump. He lost to Hillary Clinton there by 5.3 percent in the 2016 election, and it was the only traditionally southern state to reject him.

Since the election, Virginia has not changed its mind on Trump. As in most of America, Trump's approval in Virginia is terrible. Recent polling has shown he only has a 35 percent approval there, in line with national polling for his failing presidency.

Virginia voters also reject the entire thesis of Gillespie's argument. Current Gov. Terry McAuliffe, who recently said Trump has "abdicated" his responsibilities by attacking Obamacare, has the support of 51 percent of voters.

The voters are not interested in having their governor simply act as a lapdog and rubber stamp for the Trump agenda.