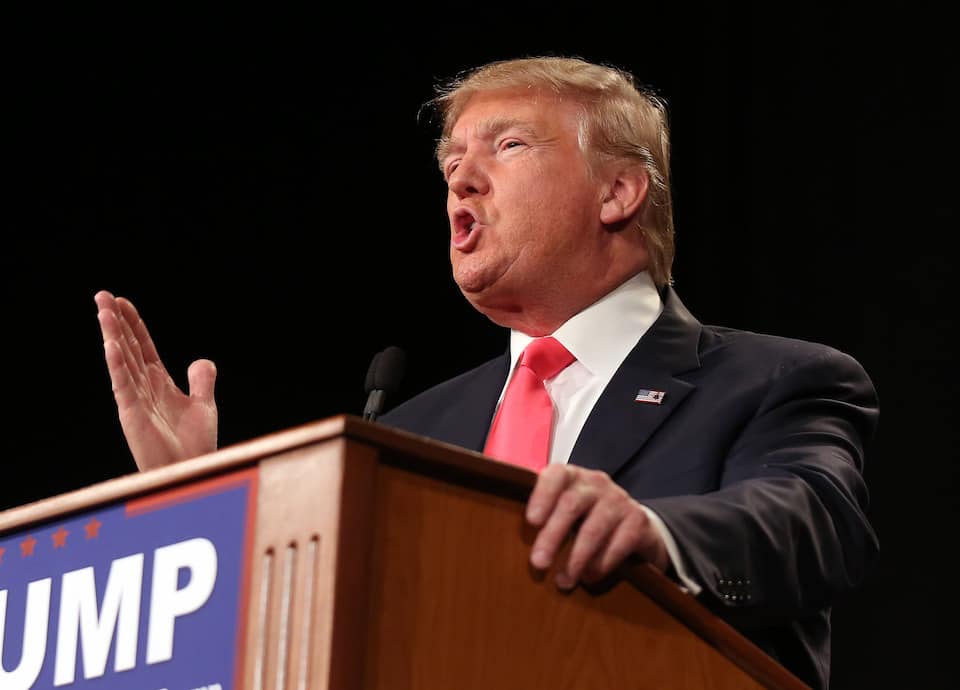 (AP Photo/Isaac Brekken)
Get The American Independent in your inbox

The White House is using the @realDonaldTrump Twitter account as a primary means of propaganda dissemination, while simultaneously restricting access for the mainstream media and White House press corps.

Donald Trump has taken to Twitter to try to create yet another false narrative for his supporters. In just three days, he has made eight public statements about Russian meddling in the 2016 United States presidential election.

Rather than taking Trump's comments at face value as truths he believes, or minimizing them as meaningless rants, it is important to examine them in the context of authoritarian tactics and propaganda.

Trump ran in large part on what is known as a "big lie," as he and the Republican Party continually demonized both former President Barack Obama and former Secretary of State Hillary Clinton to an absurd degree.

Now Trump has again taken up this narrative of Obama and Clinton being untrustworthy villains, this time with regard to Russian interference in election. He alleged that Obama "colluded or obstructed" — although, using the propaganda tactic of intentional vagueness, he did not specify with whom Obama supposedly "colluded" or what he supposedly "obstructed."

In other words, Trump accused Obama of the very crimes for which he himself is under FBI investigation, which is also a common technique in propaganda:

The reason that President Obama did NOTHING about Russia after being notified by the CIA of meddling is that he expected Clinton would win..

...and did not want to "rock the boat." He didn't "choke," he colluded or obstructed, and it did the Dems and Crooked Hillary no good.

The real story is that President Obama did NOTHING after being informed in August about Russian meddling. With 4 months looking at Russia...

..under a magnifying glass, they have zero "tapes" of T people colluding. There is no collusion & no obstruction. I should be given apology!

Importantly, Trump also acknowledges in these tweets that "Russian meddling" did take place, a complete reversal of his previous months-long campaign of denials.

This apparent change of heart may be in reaction to the recent Washington Post article confirming the existence of intelligence showing Russian President Vladimir Putin was personally involved in efforts to try to hurt Clinton and to elect Trump. The report also documented in detail the Republicans' obstruction of Obama's efforts to educate the American public about Russian interference.

The day that article was published, Trump moved from outright denial to misdirection, trying to cast blame on Obama and his administration, insisting that people should "Focus on them, not T!"

Trump also cherry-picked the facts to imply that the Obama administration actually chose the actions it took because they "didn't want to hurt Hillary" — rather than going out of its way to ensure its actions would not affect the election while Trump was actively accusing Democrats of "rigging" it.

Trump later mirrored a propaganda tactic the U.S. intelligence community confirmed the Russian government utilized in its active measures: He tried to split the left by turning parts of it against one another. Accusing Clinton of working with the Democratic Party to "collude" to "beat Crazy Bernie Sanders," Trump even attempted to make this accusation more convincing by saying it was "Unfair to Bernie!"

At this point, it is unclear if it is Trump himself writing these tweets, or others more skilled in propaganda, such as Steve Bannon  or Stephen Miller — both of whom are well-versed in propaganda techniques used by right-wing extremists and authoritarian regimes.

What is clear is Trump is subjecting the American people to a misinformation campaign.

The White House is using Trump's Twitter account as a way to disseminate pure propaganda, while simultaneously restricting access for the mainstream media and White House press corps.

This is not normal, and it cannot be deemed acceptable.