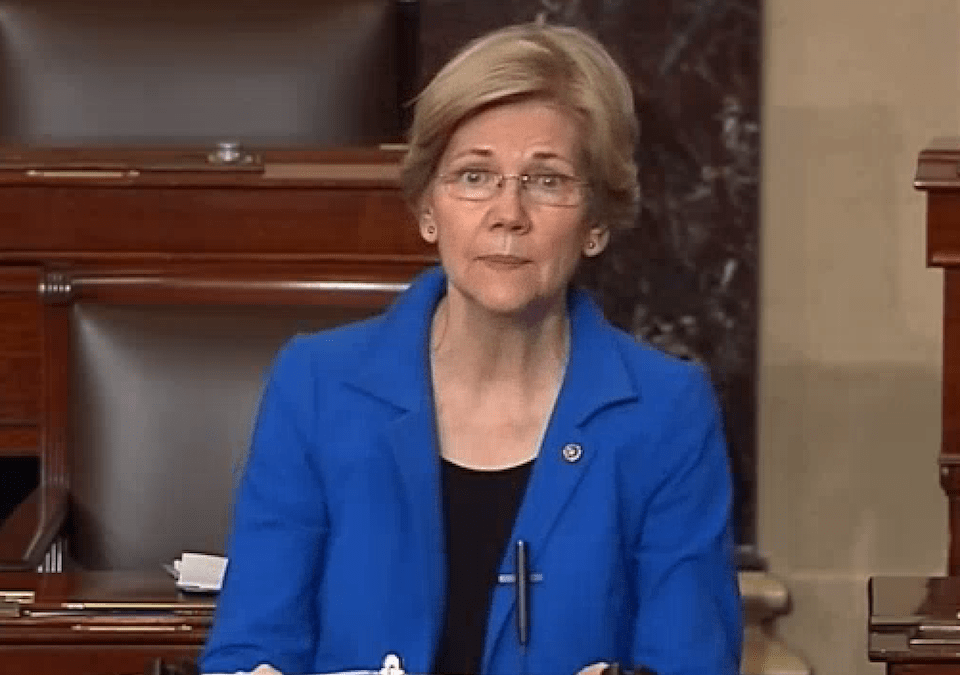 The Senate GOP's plan to destroy health care is heartless for so many reason — but gutting Medicaid to give tax cuts to the rich is one of the worst.

Elizabeth Warren did not mince words when she took to the Senate floor to decry the brutal Medicaid cuts in the Republican health care repeal bill.

"These cuts are blood money," she said. "People will die."

Republicans have made it clear they do not want to hear from Democrats. Or women. Or even Medicaid patients who will suffer because of these cuts. Some of those patients who rely on Medicaid showed up to Senate Majority Leader Mitch McConnell's office to protest this bill — and were forcibly removed.

But as Warren pointed out in her fiery speech, what makes these cuts especially cruel is not only how they will harm the millions of Americans who will lose their health care, but also the reason for the cuts: to give tax cuts to the rich.

Forcing the poor, the elderly, the disabled, and even children to suffer so that millionaires and billionaires can be even richer is unthinkably cruel and proves just how little Republicans care about the everyday Americans they have been sent to Washington to represent.

WARREN: Senate Republicans had to make a choice. How to pay for all those juicy tax cuts for their rich buddies? I'll tell you how: blood money.

Senate Republicans rung extra dollars out of kicking people off tax credits that help them afford health insurance. They raked in extra cash by letting states drop even more protections and benefits, like maternity care or prescription drug coverage, or mental health treatment.

And then they got to the real piggy bank: Medicaid. And here, they just went wild.

Senate Republicans went after Medicaid with even deeper cuts than the House version. The Medicaid expansion — gone. Ripped up and flushed down the toilet. And the rest of the Medicaid program? Well, for Senate Republicans, it wasn't enough that the House bill was going to toss grandparents out of nursing homes or slash funding for people with disabilities or pull the plug on health care for babies born too soon.

The Republican bill claims to protect kids with disabilities by leaving them out of the calculations that decide how big the Medicaid cuts will be in each state. Now, I don't know if the Republicans were expecting a round of applause for pitting kids with breathing tubes against vulnerable seniors or someone needing treatment for addiction. But I do know this so-called exemption won't do a thing to help these kids. The Republican cuts still slash hundreds of billions of dollars for Medicaid, leaving states with no choice — no choice — but to cut services that kids with disabilities desperately need.

Medicaid is the program in this country that provides health insurance to one in five Americans. To 30 million kids. To nearly two out of every three people in a nursing home. These cuts are blood money. people will die. Let's be clear: Senate Republicans are paying for tax cuts for the wealthy with American lives.

The most vulnerable Americans should not have to give their lives so the richest Americans can be even richer. That is cruel, it is wrong, and it is unacceptable.