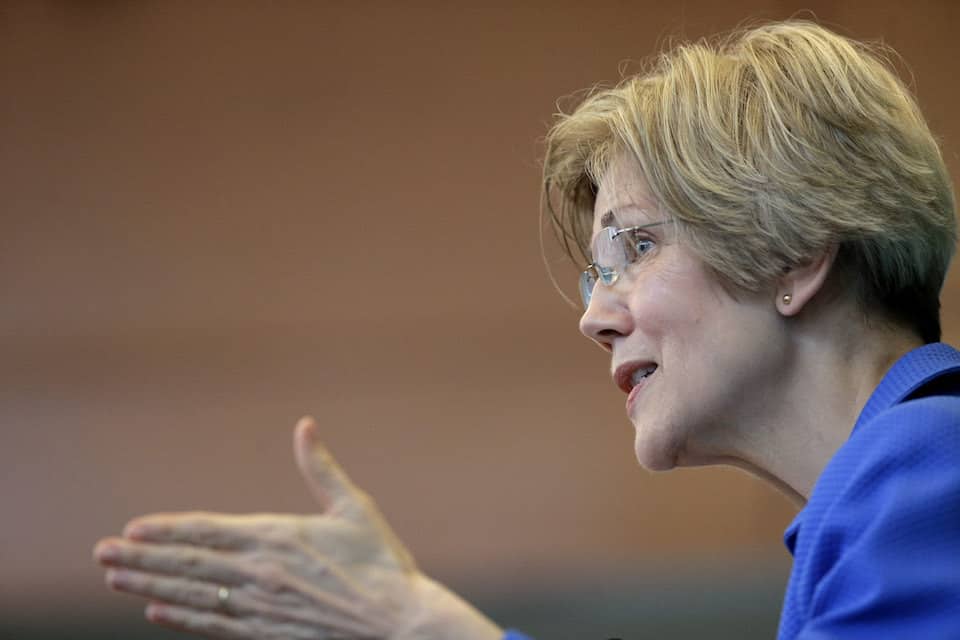 At a rally in Massachusetts, Senator Elizabeth Warren (D-MA) told a short, sweet story of a little girl and her hand-lettered sign. It will fill every heart in the resistance with hope.

The world changed on November 8 for reasons that are still unfolding, and despite some early victories, the road to resistance can seem long and rocky.

At a rally in Massachusetts, Senator Elizabeth Warren (D-MA) told a powerful story that provides hope along that road.

That hope comes in the form of a little girl Warren saw when she participated in one of the historic Women's Marches the day after Donald Trump's inauguration:

When I was headed to the March, I thought about the fact that the only way we're going to fight back is if we raise an army. And I thought, "Where are we going to find that army? Where is that army going to come from?" And as we're pulling toward Copley Square, as we're pulling around toward Copley Square, I saw people starting to walk toward the center, and I saw a man with a little girl up on his shoulders, and she was holding a hand-lettered sign, and it said, "I fight like a girl!"

And I looked out and I said to myself, "So do I, sweetie!"

As a father, Warren's story hit close to home for me, because my little girl was very angry about the election of Trump. But like that little girl at the Women's March, she's a fighter, and when the road seems long and exhausting and hopeless, it helps to know that I am with her. More powerful than that, though, is the fact that she is with us, and so are millions of others who are ready to fight like a girl.