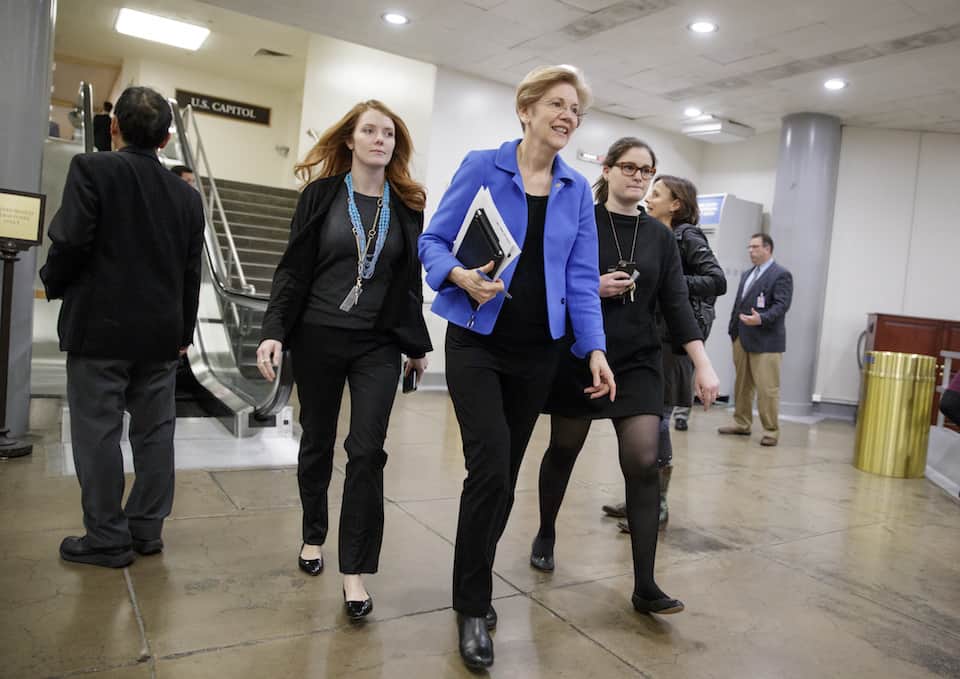 Democrats like Elizabeth Warren and Chuck Schumer are leading the resistance against the Supreme Court pick that Republicans kept from Obama.

Senator Elizabeth Warren (D-MA) and Senate Democratic Leader Chuck Schumer (D-NY) are leading the resistance against Gorsuch, exposing his record as a judge who sides with the wealthy and corporations over workers and families.

At a protest on the steps of the Supreme Court, Warren led a rally to block Gorsuch as Donald Trump's pay-off to the special interests who'd paid to keep the seat vacant for him:

On the floor of the Senate, Chuck Schumer also spoke out against Gorsuch's record of siding against everyday Americans:

SCHUMER: Now, Judge Gorsuch may sometimes express a lot of sympathy for the less powerful verbally, but when it comes time to rule, when the chips are down, far too often he has sided with the powerful few over everyday Americans trying to get a fair shake.

He has repeatedly sided with insurance companies who wanted to deny disability benefits to employees. In employment discrimination cases, Bloomberg found he has sided with employers 66% of the time. In one of the few cases he sided with an employee, it was a Republican woman who alleged she was fired for being a conservative. And on money in politics, the scourge, the poison of our political system, undisclosed dark money, Judge Gorsuch seems to be in the same company as Justices Thomas and Scalia—willing to restrict the most common-sense contribution limits.

Judge Gorsuch’s record demonstrates that he prefers CEOs over citizens, executives over employers, and corporations over consumers.

The Democrats will have to walk a fine line between resisting Gorsuch's nomination on the merits, and provoking the Republican majority into doing away with the filibuster on Supreme Court picks. Opposing Gorsuch for his consistent and disturbing record seems to be a strong and sustainable strategy.