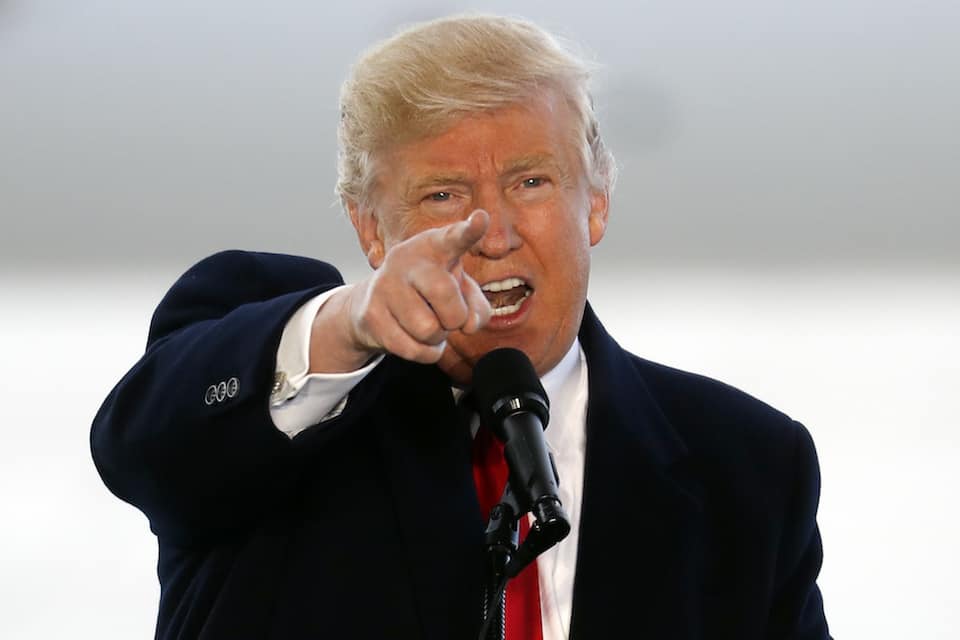 Donald Trump wields Twitter as a weapon to seek revenge in a chilling abuse of power that should raise concerns among business owners everywhere.

Donald Trump's Twitter-fingers were busy again Wednesday morning, issuing a threat to yet another business owner.

Amazon founder and billionaire Jeff Bezos acquired the Washington Post in 2013, and Trump lashed out at both companies in a bizarrely worded allegation of "FAKE NEWS":

The #AmazonWashingtonPost, sometimes referred to as the guardian of Amazon not paying internet taxes (which they should) is FAKE NEWS!

Trump's attack on the Post and Amazon comes the day after the Post's investigative journalist David Fahrenthold revealed Trump had hung framed, fake TIME magazine covers with his picture on them in five of his properties, including Mar-a-Lago.

The image on the left featuring actress Kate Winslet is the actual cover of TIME on that date; the image on the right is the fake "cover" Trump had framed and displayed:

UPDATE: Fake Time mag w/@realdonaldtrump on the cover was hung in at least FIVE of his clubs, including Mar-a-Lago. https://t.co/HqnKayHQp3

The fake cover featuring Trump appears to have been made using a 2010 Photoshop tutorial.

Deepening the humiliation for Trump, TIME asked Trump to remove the fake covers of its magazine from display at his properties after the story broke.

Fahrenholdt sought clarification from Trump's staff about whether Trump knew the images were fake but reportedly did not receive a response to those inquiries.

Trump's vengeful morning tweet appears to be the response.

Importantly, Amazon is in the process of acquiring Whole Foods. Because of the size of the merger, the company will ultimately need the Trump administration's consent to go forward with the deal. Trump recently met in the White House with Bezos and other tech industry leaders. Judging from facial expression and body language, the meeting did not appear to be a happy one:

See the look on Tim Cook and Jeff Bezos' faces when they met with Trump https://t.co/0RCqpPna3v

This is part of Trump's pattern of knowingly abusing his Twitter account to manipulate and seek retribution against business owners — often serious consequences.

White House adviser Kellyanne Conway has gloated about Trump's ability to abuse of his power this way, revealing her boss is well aware of the impact of his mini-statements.

Trump wields Twitter as a weapon to seek revenge in a chilling abuse of power that should raise concern among business owners everywhere.