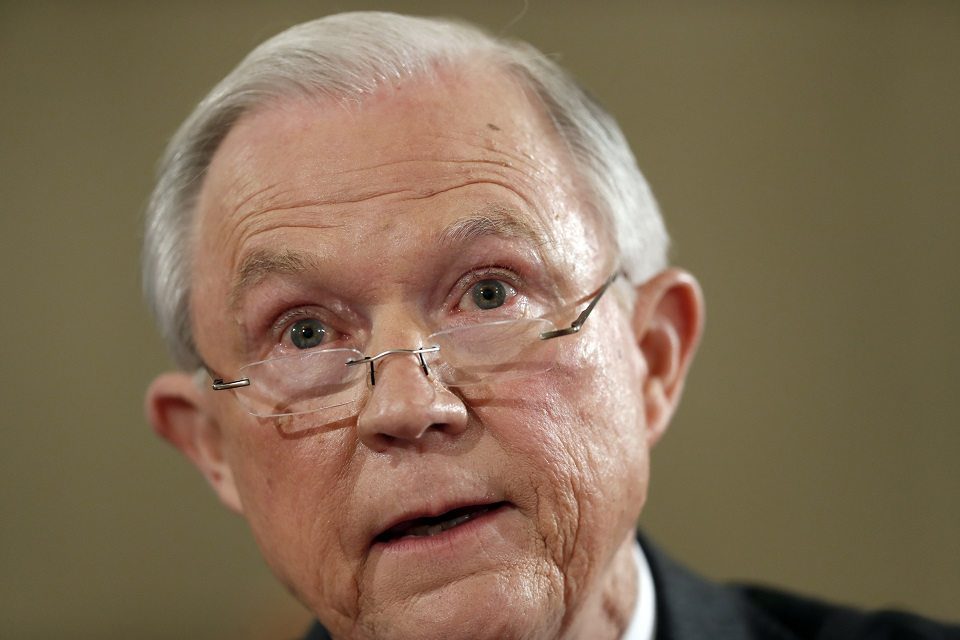 The attacks by Trump and the GOP on the FBI have gotten so bad that even Attorney General Jeff Sessions had to speak up in defense of law enforcement.

The smear campaign against the FBI waged by Donald Trump and the Republican Party, based on the embarrassing failure of a memo from Rep. Devin Nunes (R-CA), has prompted even Attorney General Jeff Sessions to express support for FBI leadership.

Speaking at an event on human trafficking, Sessions went off-script and praised Deputy Attorney General Rod Rosenstein, one of the targets of the disingenuous attacks.

Sessions' defense of Rosenstein stands in marked contrast to Trump. When asked whether he had confidence in Rosenstein, Trump told reporters, "You figure that one out."

But Sessions cited Rosenstein's 27 years working for the Department of Justice, and said he represents "the kind of quality in leadership that we want in the department."

In the Nunes memo, Rosenstein is singled out with the allegation that he signed the application that led to a surveillance warrant on former Trump campaign adviser Carter Page.

The surveillance of Page, who raised concerns about his connections to Russia, has been a key complaint from Trump supporters, desperate to distract from the FBI investigation of Trump's Russian connections.

Rep. Paul Gosar (R-AZ), another Trump ally on Capitol Hill, singled out Rosenstein as one of several "traitors to our nation" as part of the right's smear campaign.

It is this brand of over the top rhetoric and attack that has led figures like veteran FBI agent Josh Campbell to quit the agency in protest of Republican actions.

The statement from Sessions is also notable because it is a rare moment of resistance from the attorney general, and a deviation from the party line. Sessions has been on the outs from the Trump inner circle after he gave in to public pressure and recused himself from the Russia investigation. And Trump has reportedly been pushing Sessions to prosecute special counsel Robert Mueller.

The Department of Justice and FBI find themselves under unprecedented attack from within the government, and the cracks are showing as Trump pushes for authoritarian submission to his ego rather than the rule of law.