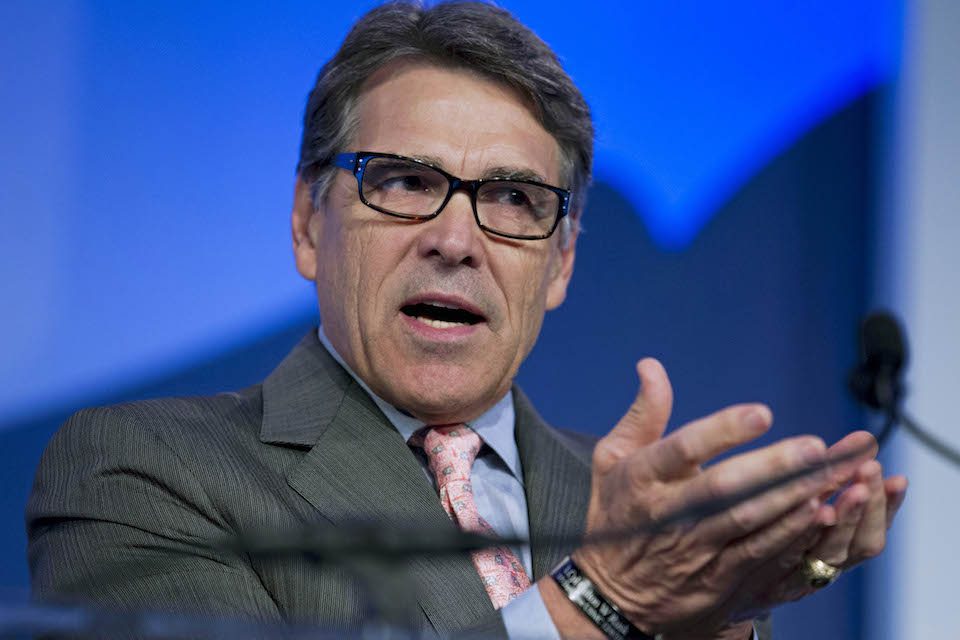 Energy Secretary Rick Perry ridiculously claimed that burning fossil fuels prevents rape because it keeps the lights on and "shines the righteousness" on would-be attackers.

Energy Secretary Rick Perry gave an absolutely ridiculous reason why he supports fossil fuels while describing his trip to Africa: because they prevent women from being raped.

“[F]rom the standpoint of sexual assault,” Perry said in an energy policy discussion on "Meet The Press" with Chuck Todd. "When the lights are on, when you have light that shines, the righteousness, if you will on those types of acts.”

Perry clearly does not understand how sexual assault works. There are not thousands of anonymous predators lurking in dark shadows waiting to randomly jump out and assault women.

In the industrialized world, rape is overwhelmingly committed by intimate partners or acquaintances. In the developing world, which Perry used as his example, it is often used by soldiers as a weapon of war, sanctioned by cultural practices like child marriage, or committed against powerless women in refugee camps and war zones. Whether the lights are on is completely irrelevant, let alone what type of source is powering them.

But for Perry to misappropriate sexual assault as a reason to keep burning coal and oil is a new level of disgusting. Donald Trump and his Cabinet have consistently made reverting our power grid back toward heavily polluting, non-renewable energy sources like coal and oil a huge priority.

Even as clean energy employs more people than ever, gives consumers greater freedom over their electricity, and reduces toxic heavy pollution and greenhouse gas emissions, Perry has used his department to attack renewables, trying to undo laws and tax incentives that modernize the power grid.

Using violence against women as a way to promote a dangerous pro-pollution agenda is utterly shameless and reveals just how craven and ignorant this administration.