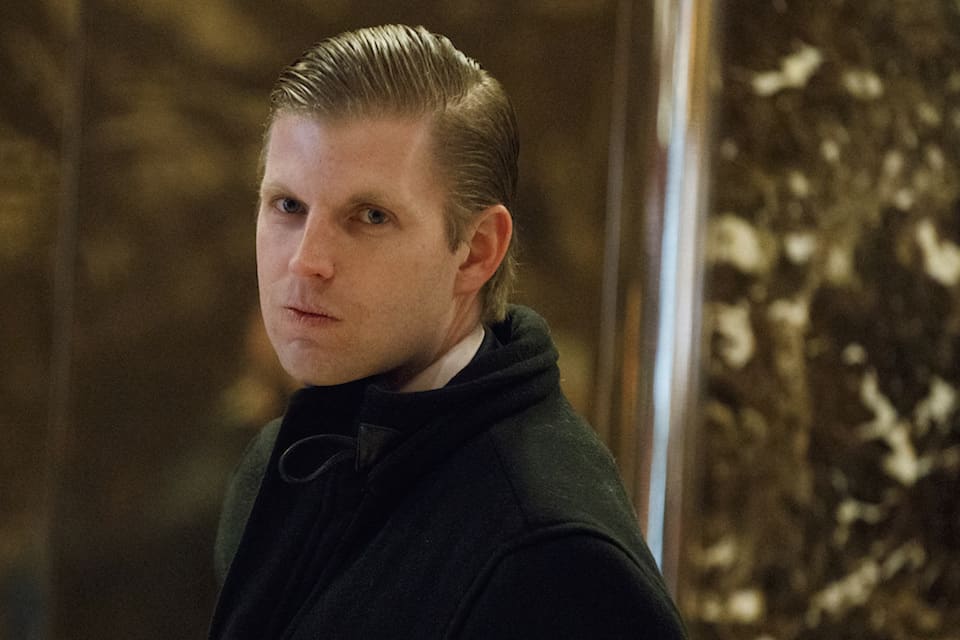 Eric Trump admits that, despite his family's claims otherwise, Donald Trump is still connected to the bottom line of the family business while serving as president.

Eric Trump has inadvertently exposed the reality behind the Trump family rhetoric about keeping their personal financial interests separate from the presidency. In an interview with Forbes, he admits that Donald Trump will continue to have access to the financial books for the Trump Organization.

Eric Trump told Forbes he will continue to give his father updates "on the bottom line, profitability reports and stuff like that," and will do so "quarterly." He adds, "My father and I are very close. I talk to him a lot. We’re pretty inseparable."

The admission shows that the Trump family's claims that they are keeping their interests separate continues to be a lie.

The Trumps refused to follow the protocol that other presidents from both parties have used, which has historically taken the form of setting up a blind trust. In the case of a blind trust, it would ensure that Trump's hands are completely off his business interests, and that his activity in the West Wing would not be tainted by the reality or perception that he is making decisions with his own bank account in mind.

Instead, Trump has only gone as far as a "half-blind trust," which is neither blind at all nor ethical. Such an arrangement  "removes Trump from direct ownership of his businesses as a cosmetic nod to ethics laws, but still enables him to make money from these businesses, as well as obtain information and insights regarding how the businesses are being managed." As Richard Painter, a former ethics lawyers in the George W. Bush administration, noted, this arrangement is "a violation of at least the spirit of the rules and that’s an abuse."

And as Larry Noble, general counsel of the nonpartisan Campaign Legal Center, told Forbes, "If he is now going to get reports from his son about the businesses, then he really isn’t separate in any real way."

The family's insistence on mingling taxpayer-financed offices with their private concerns continues to be an ethical nightmare, extending from Trump himself (who has already been sued for profiting from foreign business dealings) to his children and even his wife, who said in a legal filing she could use the Oval Office for private profit.

In prioritizing profits and access over ethical behavior, Trump continues to add more evidence to support proceedings like impeachment in his political future.