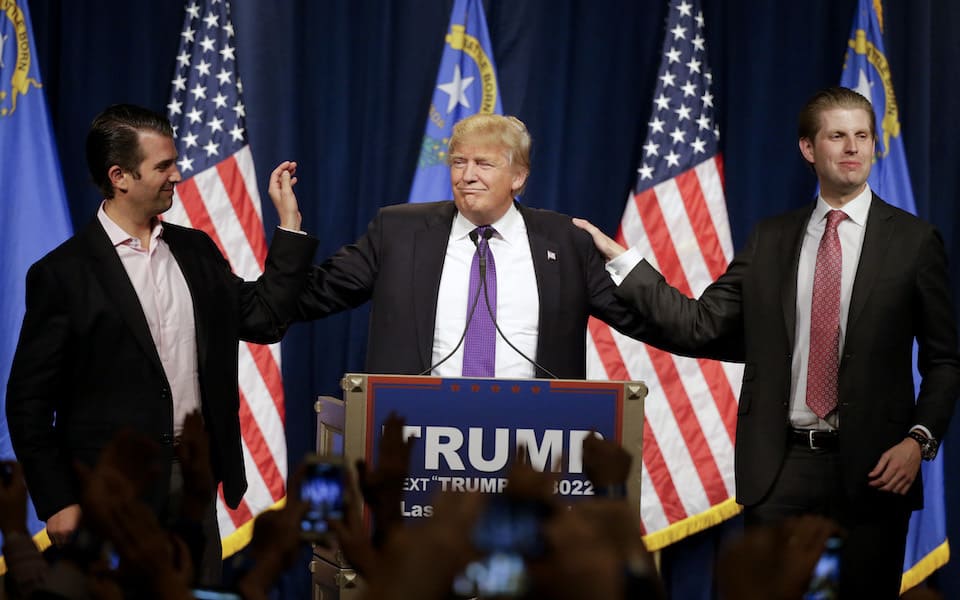 Donald Trump's son Eric defended nepotism in a magazine interview, highlighting just how deeply his father and the administration have plunged America into an unethical morass, affecting the lives of millions.

Donald Trump's son, Eric Trump, told Forbes that "nepotism is kind of a factor of life," a statement that again highlights how out of touch the Trump clan is with average Americans, and how that mindset has created an ethical swamp at 1600 Pennsylvania Avenue.

Eric and his brother Donald Jr. have been part of the Trump organization for most of their lives, following the same path their father followed while working under Fred Trump.

And the Trumps have extended their policy of hiring family members to the White House, where elder daughter Ivanka is now an adviser, as is her husband Jared Kushner. While presidential families have had relatives in advisory roles before, the Trump family has thus far refused to be up front or to show any concern for the ethical questions raised by their numerous potential conflicts of interest.

Recently, Eric accidentally revealed that the purported firewall the family had promised had been erected between their organization and the White House was a sham, as he plans to continue giving updates on business prospects to his father. At the same time, Ivanka and Kushner should be recusing themselves from multiple policy discussions in the White House they could personally profit from, but do not appear to have made any disclosures or concessions to satisfy those concerns.

The praise of nepotism also highlights the emptiness of Trump's claim that he would "drain the swamp" in Washington, where he has instead installed elites, who could not imagine walking in the shoes of everyday Americans, to control the agencies and departments that exert major influence on their lives.

Nepotism is not the default state of affairs nor a "factor of life" for most Americans; it is the rarefied territory of elites, and the manner in which it is being executed by the Trumps is creating an ethical and legal mess, which cannot be excused or explained away by platitudes.