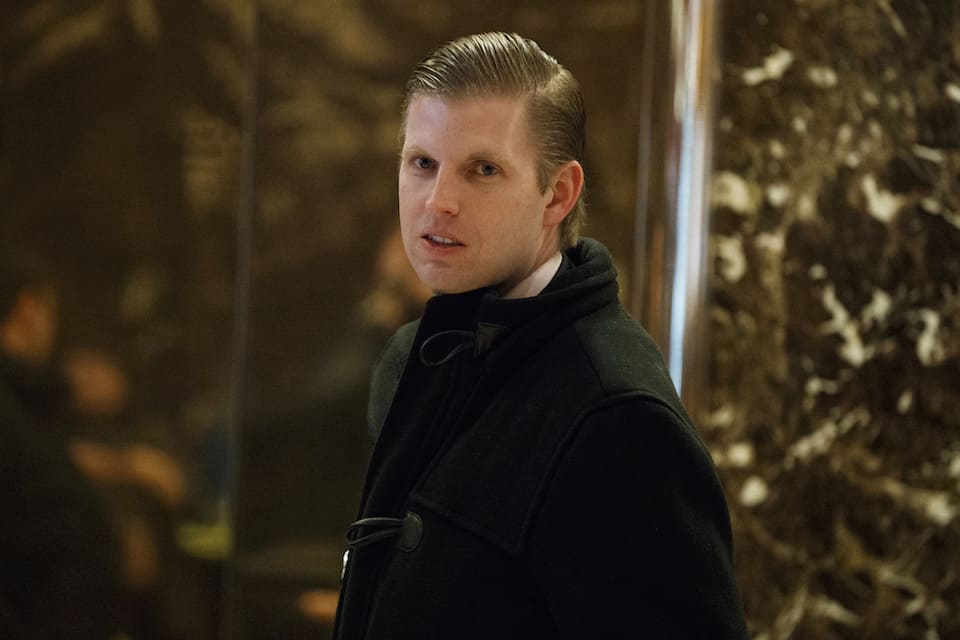 With multiple investigations into Donald Trump's collusion with Russia during the presidential election, Eric Trump bluntly states if the Syria airstrike accomplished anything, it was discrediting Trump's critics.

Eric Trump used the airstrikes ordered by Donald Trump in Syria to claim that there is no substance to the growing concerns over his father's affiliation with the Russian government.

Speaking to The Daily Telegraph, Trump's third child said, "If there was anything that Syria did, it was to validate the fact that there is no Russia tie."

Eric also claimed that his father's comments about Russia during the election — that Putin is "doing a great job," that Trump would "get along very well with Vladimir Putin," that he "respect[s] Putin and Russians ... Hats off to the Russians" — were simply assertions that America should be "best friends with other superpowers."

But Eric's words are unlikely to provide much cover or work as an effective distraction from the escalating revelations about the Trump-Russia relationship.

It is true that Russia has an unseemly relationship with Syria's Bashar al-Assad, and continues to be his ally on the world stage even as he commits unspeakable atrocities. But the U.S. airstrikes do not negate the Trump-Russia axis.

Intelligence agencies have already confirmed that Russian President Vladimir Putin preferred Trump in the 2016 election, and that forces under Russian command sought to sought to manipulate public sentiment in the United States against Hillary Clinton and for Trump.

Additionally, Trump's campaign was infested with individuals in contact with Russia and pro-Russia elements, including his own son-in-law, Jared Kushner, as well as the former chairman of his campaign, Paul Manafort. Trump himself used Russian active measures during the race, and has connections to the Russian underworld.

Eric is probably a better enabler of familial corruption between the White House and the Trump Organization, which he now runs with his brother Donald Jr., than an expert on foreign policy.

The attack on Syria has failed to move the focus of the American public away from Trump and Russia, and calls for an independent investigation as Republicans try to derail ongoing probes have not died down. Despite Eric's attempted spin job, his father's attack on Syria does nothing to eliminate the questions about his relationship with Russia.

Pence: New guidelines could send people exposed to virus back to work