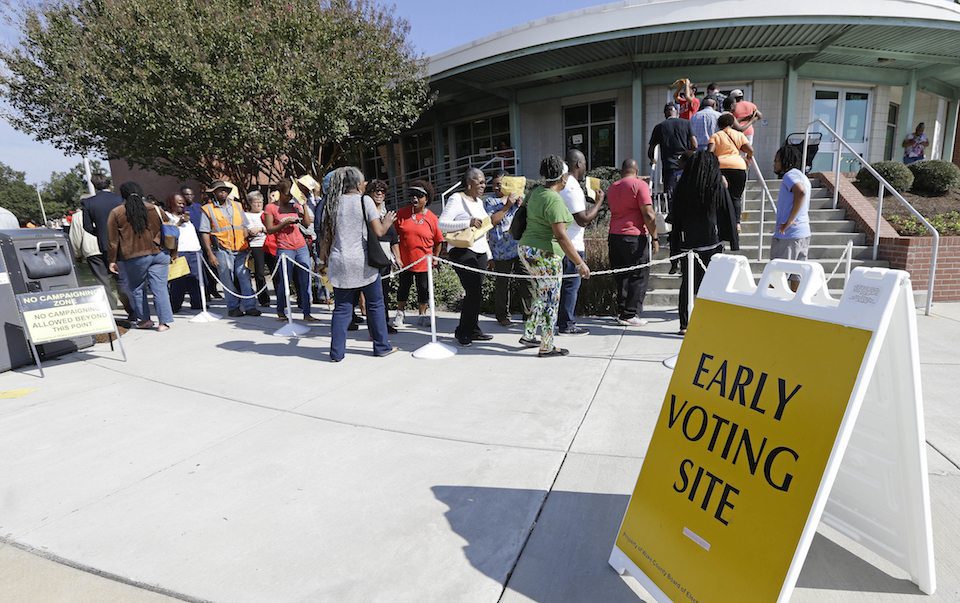 (AP Photo/Gerry Broome, File)
Get The American Independent in your inbox

North Carolina is the one of the most gerrymandered states in America. And a new poll shows even Republican voters in the Tar Heel State do not think their elections are fair.

For years, Republicans have maintained a massive edge in the House of Representatives and a majority of state legislatures, due in part to their redistricting scheming.

After the 2010 census, GOP state legislators redrew voting maps to give themselves an advantage, with Democrats jammed into small districts and Republicans spread out over several larger ones.

The most extreme case of partisan gerrymandering is North Carolina. And a new poll from Public Policy Polling shows that even Republicans are sick of it.

In fact, Republican voters in the Tar Heel State are slightly more supportive of reforming the redistricting process than Democratic voters:

These numbers may not actually be surprising, given the sheer brazenness with which state legislators have tampered with North Carolina's districts.

In 2012, North Carolinians backed Democratic House candidates over GOP ones by 51 to 49, but Republicans won 9 of 13 seats. The state legislature is similarly rigged to give the GOP a supermajority. State lawmaker David Lewis openly boasted he would have given Republicans even more seats if he could.

This rigging, combined with voting laws that targeted African-Americans "with almost surgical precision" and an unconstitutional move by the state GOP to strip checks and balances from the Democratic governor and Supreme Court, has resulted in North Carolina barely resembling a democracy.

In fact, the Election Integrity Project now ranks North Carolina about the same in electoral freedom as Sierra Leone, Iran, and Cuba.

As Jared Leopold, spokesperson for the National Democratic Redistricting Committee, noted to Shareblue, "North Carolina is ground zero for redistricting, with some of the worst gerrymandered maps in the country."

But the people are ready for that to change. "This poll shows that North Carolinians are demanding fairer maps," he added, "while the politicians in the legislature continue to protect their own self-interest. It's time for fairer maps that better reflect the communities across North Carolina."

Free and fair representation in government should be above partisan politics. In North Carolina, voters in both parties are speaking clearly on the issue, and the Republicans pulling the levers of power would do well to listen.