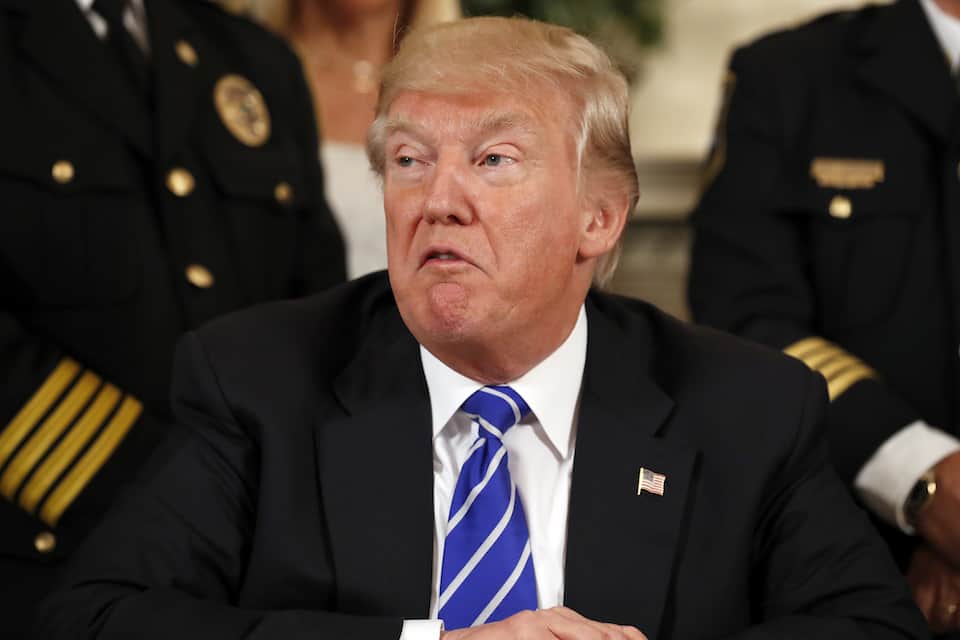 Former top counterterrorism official Daniel Benjamin warns that Donald Trump is pursuing a series of policies that will significantly increase the population of terrorists, endangering the entire planet.

Daniel Benjamin, who served as coordinator for counterterrorism at the State Department between 2009 and 2012, writes in Politico that Trump's actions "will heighten sectarian tensions in the Middle East" and "strengthen the forces driving radicalization and violence across the region."

In his essay, Benjamin warns that Trump is "setting the stage for major growth in the population of people who would like to kill us."

Trump's public praise of authoritarianism has made Middle Eastern autocrats "swoon," Benjamin notes, predicting it "could be disastrous for global security."

Trump has given Egyptian President Abdel Fattah el-Sisi a pass on repressing the Muslim Brotherhood and other opponents to his regime, which Benjamin says will "over the long term, accelerate the production of jihadis." The previous generation of terrorists, many of them al Qaeda, came from repression in the Middle East.

Benjamin believes that Trump's announcement that he sides with Saudi Arabia in supporting the isolation of Iran is an indication that he wants to walk away from the nuclear deal negotiated by President Barack Obama, and that he wants regime change in that nation. Breaking the agreement would cause Iran to pursue a nuclear bomb, "leading to a likely regional war that would include the U.S.," Benjamin writes.

That would then help the cause of Iranian hardliners and undermine the current president, Hassan Rouhani, who has been pursuing a more moderate path for his country. Iran's past embrace of fundamentalism has been a direct threat to America and its citizens.

Further embracing Saudi Arabia, as Trump has done, helps to ratchet up tensions between the Shia and Sunni — a conflict Benjamin notes has been "breeding jihadis." America's security interests would best be served by decreasing these tensions, not inflaming them, but the Trump White House does not seem to understand the dynamics at play.

Trump also signed a $110 billion arms deal with the Saudis, which will include weapons for that country to use in its ongoing conflict in Yemen. That conflict has also helped to generate more jihadis, which poses a threat to the world. Again, the Trump doctrine of increasing tensions rather than deescalating them endangers the globe.

Finally, Trump's decision to only have a skeleton crew at the State Department, refusing to fill post-Obama vacancies, has led to a diplomacy vacuum. Benjamin notes, "It is hard to envision any kind of future for the sort of diplomacy and development we need to diminish the jihadi threat."

Individually, any of the elements in Trump's approach to the Middle East would increase the danger and deadliness of the world. Together, they are a complete disaster.