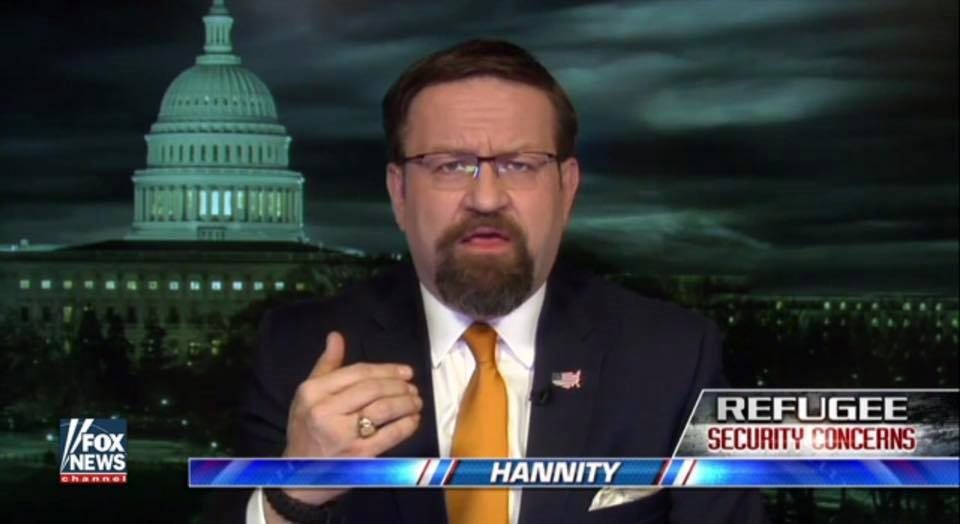 Sebastian Gorka/Facebook
Get The American Independent in your inbox

Sebastian Gorka, a senior official in the Trump White House, made the strange decision to call a critic — who happens to be a terrorism expert — in order to angrily whine and complain about the man's negative tweets. Gorka infamously declared after the 2016 election that "the alpha males are back."

Sebastian Gorka currently serves as Deputy Assistant to Donald Trump, advising him on terrorism issues, and is also a member of the national security advisor staff. Previously, Gorka was perhaps best known as an anti-Muslim conspiracy theorist who wrote for Steve Bannon’s Breitbart News.

Apparently distressed by a series of critical tweets from terrorism expert Michael S. Smith II, Gorka called him on a personal phone line and lit into him. Smith told Newsweek, "I thought it was a prank. He began by threatening me with a lawsuit."

Smith, who is a Republican, also told the magazine, "In effect, he was threatening to entangle me in a legal battle for voicing my concerns on Twitter that he does not possess expertise sufficient to assist the president of the United States with formulating and guiding national security policies."

Smith recorded the call, during which Gorka asked, "Why is this vitriol popping out of you, every day now?" He added, "I look at your Twitter feed once or twice a day and it’s half a dozen tweets about me, and I’ve never even met you."

Gorka also told Smith multiple times that he wanted Smith to visit him at the White House so they could settle their differences "face to face, man to man" — an offer Gorka later rescinded due to what he described as "continued disparaging Tweets against not only myself but the administration and the President."

This behavior is in line with previous, strangely aggressive rhetoric that Gorka has used before. Appearing in December with Fox News' Sean Hannity, Gorka said that after Trump's inauguration "the era of the pajama boy is over" and "the alpha males are back," signaling a return to a more aggressive foreign policy on Trump's behalf.

Gorka has been repeatedly criticized by experts in the terrorism field. Cindy Storer, a former CIA analyst, told the Washington Post, "He thinks the government and intelligence agencies don’t know anything about radicalization, but the government knows a lot and thinks he’s nuts."

One of the key concerns about Gorka's views is that he believes that terrorism is rooted in Islam, and has said that "martial" parts of the Koran predispose some Muslims to acts of terror. Omid Safi, a professor of Middle Eastern studies at Duke University, told the Post that Gorka’s rhetoric is "dangerous" and "is music to the ears of [the Islamic State]."

Business Insider reported that "several national-security experts questioned Gorka's credibility in their field, saying he is often dismissed as an outspoken conservative pundit who lacks the chops to serve in the highest levels of the White House advising on national-security policy."

And this is not the first odd episode in Gorka's history: Last year, he was arrested while attempting to get a 9mm gun onto an airplane, and was stopped when the gun was detected by a TSA x-ray machine.

And this is a man who is advising the president on issues related to terrorism and national security.