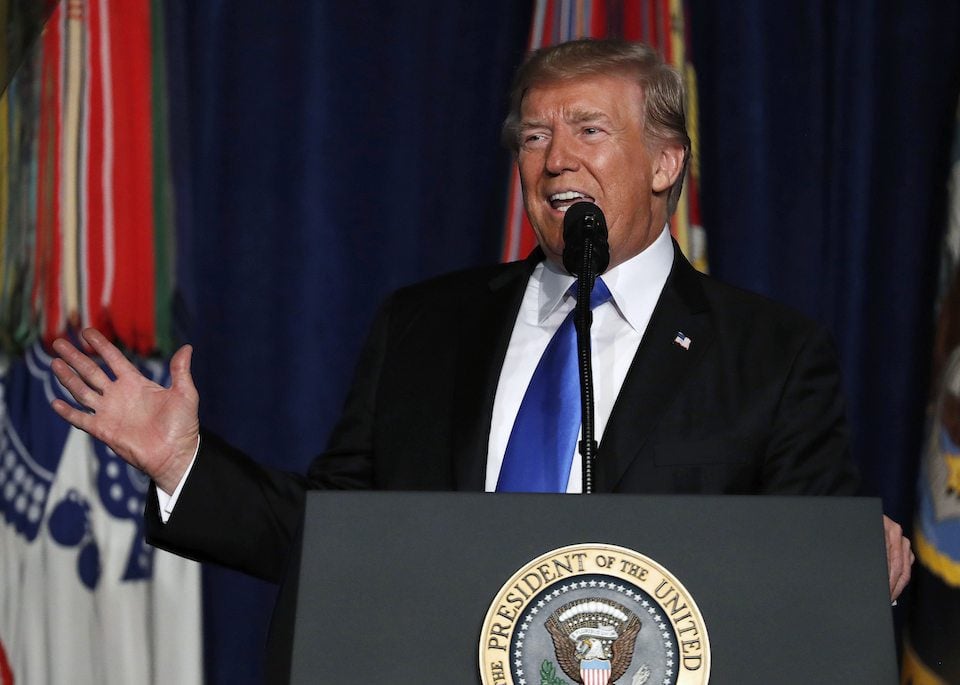 It turns out President Barack Obama, not Donald Trump, was the big TV ratings star.

Donald Trump views himself as a television star and a celebrity, which is why he spent so much of the 2016 campaign bragging about his ability to spike TV ratings. But increasingly, his star has faded as more and more American viewers are tuning him out.

And — in a fact sure to get at Trump more than anything — it turns out President Barack Obama was the real TV ratings star.

Monday night, Trump’s prime-time address to explain his plans for trying to win the 16 year old war in Afghanistan drew 17 million viewers on ABC, CBS, Fox, and NBC, according to Nielsen and as reported by Variety.

Variety also noted that the total viewership represents a nearly 30 percent decrease from the 25 million who watched the same four networks for Trump’s address to Congress in March.

NBC drew the largest network audience for Afghanistan speech, with 6 million viewers, whereas the March address drew 9 million viewers to the network.

Note that during his first term in September 2009, Obama, like Trump, addressed the nation to discuss a pressing policy issue: health care. That speech drew 52 million viewers who tuned into the networks and as well all-news cable channels. Trump's Monday night address drew an audience of just 27 million viewers on the networks on and cable news — just half the audience Obama landed in 2009.

Over and over we’ve seen this pattern of viewer fatigue with Trump. His television ratings just can’t compete with the types of numbers Obama was posting early in his presidency.

On the eve of this year’s Super Bowl, Trump sat down for a Q&A with Fox News’ Bill O’Reilly, which drew approximately 12 million viewers. But when Obama sat down for the same pre-Super Bowl interview in 2009, his first year in office, almost 22 million people tuned in, nearly double Trump’s viewership.

At the end of February, Trump announced his Supreme Court nominee with a prime-time production and 33 million people watching. In contrast, Obama’s first prime-time event was a press conference he held in February 2009, for which nearly 50 million Americans tuned in.

Rather than a star, Trump now more closely resembles a fading TV has-been, in search of his glory days and increasingly jealous of his more popular predecessor.