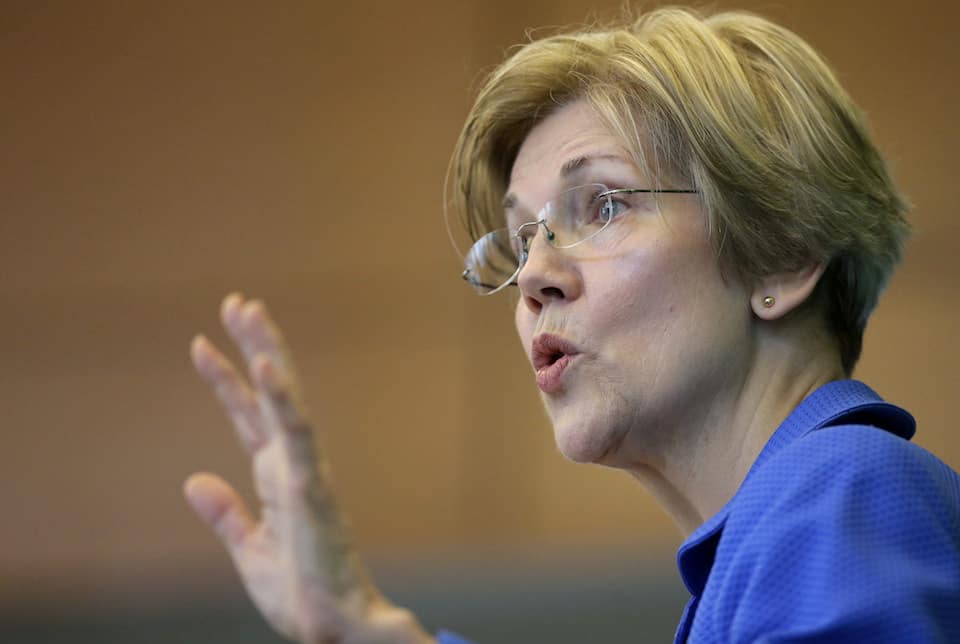 A pro-Trump fake news site is promoting a completely false pair of stories about Sen. Elizabeth Warren and her family.

Warren has been an extremely prominent critic of Trump, and has been a favored target of his attacks, and Trump's allies in right-wing media.

This particular site, America's Last Line of Defense, published two completely made up posts about the senator, designed to attract readers with salacious headlines and to profit from those stories with advertising revenue.

The two stories — headlined "Elizabeth Warren’s Son Just Got Away With Murder" and "Photo Of Elizabeth Warren At A Nude Pagan Ritual Is Breaking The Internet" — are solely the product of someone's imagination, but have been shared thousands of times. Buried far at the bottom of the site is the admission that the stories are fake and purportedly "satire." But the site and its associated Facebook page banks on most readers not scrolling that far, and instead sharing the story and its inflammatory headlines on social media with friends and family.

And the comments on the affiliated Facebook posts for the stories show that many of the readers believe the content is true.

Labeling poorly written fake news stories as "satire" in this deceptive manner, unlike a well-written humor site like The Onion, is one of the many ways fake news sites have flourished online.

The site also targets other prominent Democratic and progressive figures, like former President Barack Obama, Hillary Clinton, and MSNBC's Rachel Maddow. Negative stories about those figures are highly likely to be shared amongst conservatives, and very few will see the disclaimer.

And fake news stories like this can travel far, infecting search engines like Google. For example, a search for "Elizabeth Warren son" produces this completely fake story as a top search result. Google, Twitter, and Facebook continue to face scrutiny and criticism for not doing enough to combat fake news, though all have announced plans to deal with the issue after it became an issue during the presidential election.

Yet for now, baseless and repugnant articles like these continue to thrive, and to attempt to smear a prominent member of Congress because she had the audacity to criticize Donald Trump.