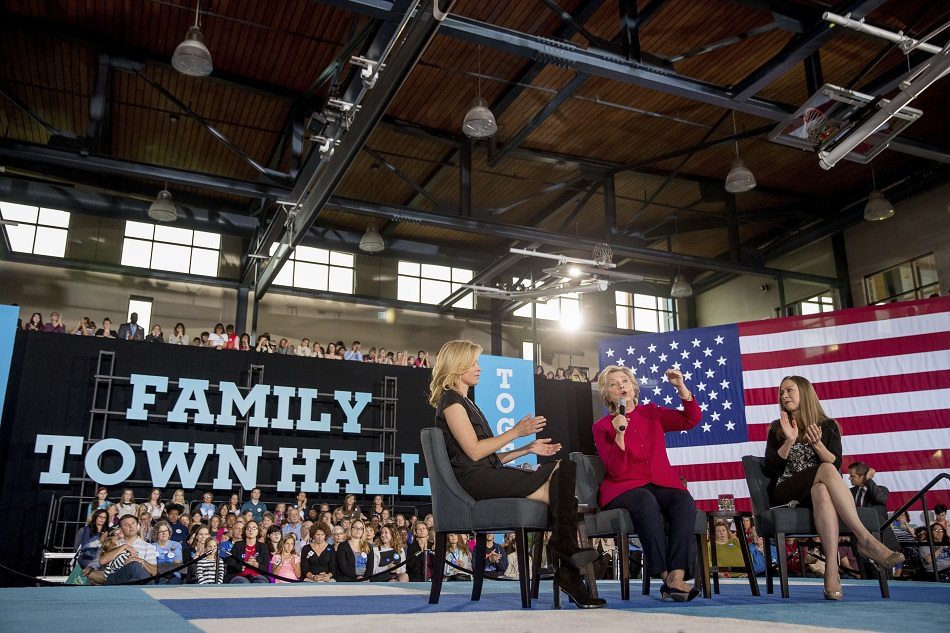 When a 15 year-old at a town hall event asked Hillary Clinton how to fight Donald Trump's body-shaming, the right-wing media sprang into action, attacking the girl as a liar and a "plant" because she is an actress and the daughter of a state legislator. Her father is fighting back.

A young woman named Brennan Leach stole the show at Hillary Clinton's town hall event in Haverford, PA, with a question about Donald Trump's habit of body-shaming. Fifteen year-old Brennan asked Clinton how she plans to undo some of the damage that Trump has done with his relentless denigration and objectification of women. She got a huge and positive reaction from the candidate and the crowd.

Hi, Madam Secretary, I'm Brennan and I'm 15 years old. At my school, body image is a really big issue for girls my age. I see with my own eyes the damage Donald Trump does when he talks about women and how they look. As the first female president, how would you undo some of that damage and help girls understand that they are so much more than just what they look like?

It wasn't long before internet sleuths on the right discovered that Brennan is an actress with some commercials and an episode of "Once Upon a Time" under her belt. Naturally, this led them to conclude that the question was planted by the Clinton campaign, and that "barf-inducing" Brennan ought to be sexually assaulted as retribution.

It is hardly surprising that a certain sector of the right would leap into action in a case like this, cyber-stalking and attacking a 15 year-old girl. They have a long history of attacking children. What is more shocking is to see Megyn Kelly of Fox News piling on. Kelly launched an attack on Brennan, suggesting she was a liar and a plant, without a scintilla of evidence.

The fact that Brennan is an actress and the daughter of a Democratic state legislator doesn't constitute evidence of a conspiracy to plant questions. My colleague Melissa McEwan observes: "As a child actor, Brennan may already have dealt with more body shaming than many adults. To imagine she wouldn't have a personal interest in this question ignores the realities of the entertainment industry, and further robs her of all agency."

Brennan's father took to Twitter to call out Megyn Kelly, who devoted an entire segment to the story.

@megynkelly I am the father of Brennan, the girl who asked Hillary the question you reported on. You never fact checked, or asked me...

megynkelly...what the truth is. Your reporting is all wrong. There was no staged question. Hillary was not notified in advance...

megynkelly... do you even care about reporting the truth? How do you call yourself a journalist?

@megynkelly ... You did a whole report slamming her, yet you never contacted me to find out the truth, or our version of events.

@megynkelly Do you care even care about the basics of journalism, like fact-checking? What happened to being "fair and balanced".

@megynkelly You basically accused me and my daughter of lying and perpetrating a fraud with no basis whatsoever. Truly shameful.