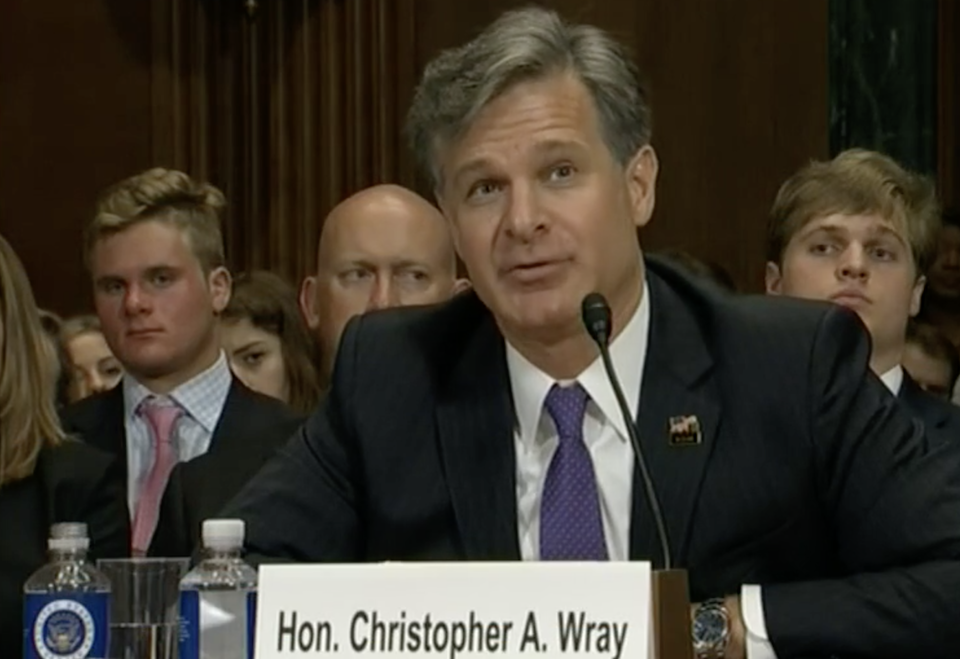 Trump's response to the Rob Porter domestic abuse scandal has been a rolling disaster, and it got a whole lot worse when FBI Director Christopher Wray knocked down a key lie that the administration has been telling.

As recently as Tuesday morning, the White House said that Porter's "background check investigation had not been completed yet" when he resigned over allegations that he had abused two ex-wives, and used that supposed fact as an excuse for failure to fire Porter or to make any changes going forward.

Sen. Ron Wyden (D-OR) asked Wray for a timeline of the FBI's revelations to the White House about the domestic abuse allegations. While Wray said he was unable to reveal the content of those investigations, he confirmed that the FBI submitted a partial report to the White House in March and then a completed report in July.

"Soon thereafter, we received requests for followup inquiry, and we did the followup, and provided that information in November," Wray said. "And then we administratively closed the file in January, and then earlier this month, we received some additional information, and we passed that on, as well."

Based on Wray's testimony, the White House is lying when it says Porter's background check had not been completed, or was ongoing. Wray's timeline is also consistent with other reporting that suggests the White House was covering up for Porter all along.

White House counsel Don McGahn has reportedly known of the allegations for over a year, and chief of staff John Kelly was informed about them in November, which is when Wray says the FBI completed the requested "followup."

This scandal has deeper implications than the political damage it is wreaking on the Trump administration for apparently protecting an alleged wife-beater. The White House continues to employ dozens of staffers who also have failed to obtain permanent security clearance, including Trump's son-in-law, Jared Kushner.