Home National Federal judges use Trump's own tweet against him — because the White...
Support progressive journalism.
Donate today 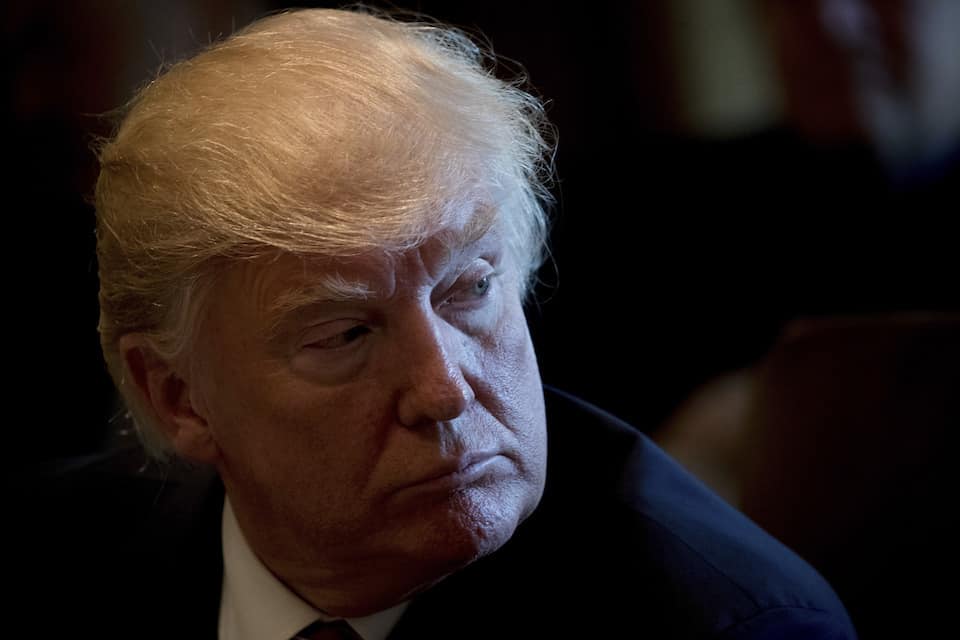 The 9th Circuit has ruled that Donald Trump's "travel ban" on Muslims in indeed a travel ban — because that's what Trump himself called it.

Donald Trump has officially been done in by his own Twitter feed. And his own press secretary.

The 9th Circuit Court of Appeals has ruled on Trump's Muslim ban and, as every other previous court ruling has determined, Trump's own words, as a candidate and as president, show the nefarious and unconstitutional intent behind his ban.

In an easily missed and yet extremely telling footnote, the court cites Trump's own tweet as evidence:

Indeed, the President recently confirmed his assessment that it is the “countries” that are inherently dangerous, rather than the 180 million individual nationals of those countries who are barred from entry under the President’s “travel ban.”

The court then quotes the actual tweet — and notes the "emphasis in original" — of Trump calling his travel ban a "TRAVEL BAN."

That's right, we need a TRAVEL BAN for certain DANGEROUS countries, not some politically correct term that won't help us protect our people!

That tweet was part of a longer rant in which Trump attacked his own Justice Department for trying to make his travel ban seem less racist than it clearly is, and for trying to force him to use "politically correct" language.

Worse still for Trump, though certainly he would not understand why, the court also cites "the White House Press Secretary’s confirmation that the President’s tweets are 'considered official statements by the President of the United States'."

In other words, despite multiple attempts by various White House officials — from senior adviser Kellyanne Conway to deputy press secretary Sarah Huckabee Sanders — that Trump's tweets are not to be considered statements from the president, the court has decided to take Sean Spicer's word for it that they in fact are.

And it is, in part, because of Trump's own self-defeating words — and tweets — that the judges concluded that Trump's executive order "does not offer a sufficient justification to suspend the entry of more than 180 million people on the basis of nationality."

Even Trump's own Republican supporters have expressed their desire that he would tweet less. But far be it from him to listen to anyone's advice. He loves to tweet and it seems that nothing, nothing at all, will stop him. But it does mean he could continue to pay a very steep price for it.