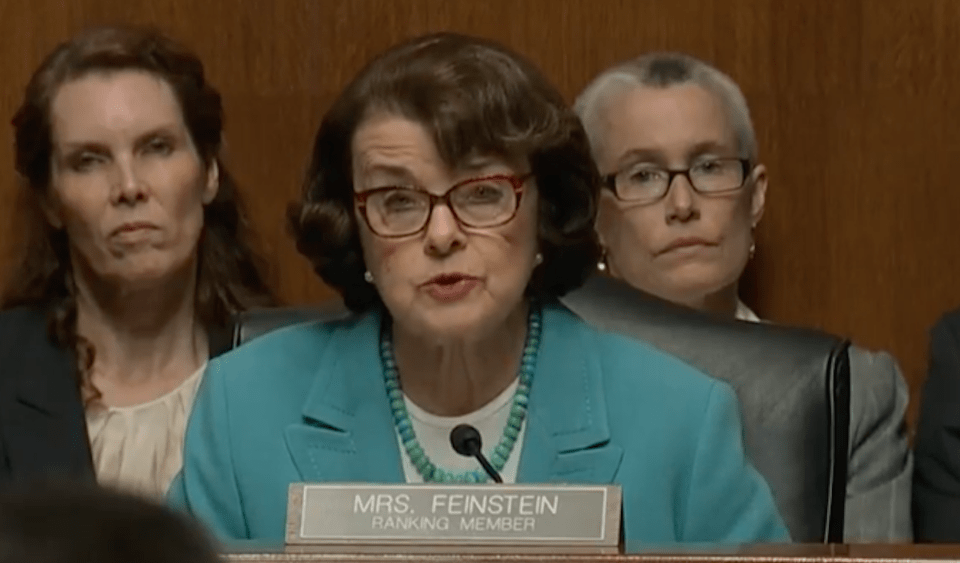 The Senate Judiciary Committee's annual oversight hearing of the FBI got interesting quickly when Sen. Dianne Feinstein (D-CA) used her opening remarks to blast FBI Director James Comey for his impact on the 2016 election.

Sen. Dianne Feinstein (D-CA) lit into FBI Director James Comey for his role in the 2016 election — both for publicizing a letter about reopening the Clinton email investigation, and for remaining silent about the bureau's ongoing investigation into the Trump campaign's possible collusion with Russia.

In opening remarks at the Senate Judiciary Committee's annual oversight hearing of the FBI, Feinstein pulled no punches in her assessment of Comey's role in the 2016 election, telling Comey that he did indeed have an impact on the race that resulted in Trump's presidency:

.@SenFeinstein at #ComeyHearing blasts Comey for email letter, and silence on Trump/Russia investigation. FBI "had an impact" on election pic.twitter.com/HrCXQLaMAa

On July 5, 2016, two months before the election, Director Comey publicly announced that the FBI had concluded its investigation and determined that no reasonable prosecutor would bring a case against Secretary Clinton. That should have been the end of the story, but it wasn't.

Eleven days before the election, on October 28, 2016, Director Comey then announced that the FBI was re-opening the Clinton investigation because of emails on Anthony Weiner's computer. This explosive announcement — and it was — came unprompted and without knowing whether a single email warranted a new investigation.

This was extraordinary, plain and simple. I join those who believe that the actions taken by the FBI did, in fact, have an impact on the election. What's worse is that while all of this was going on in the public spotlight, while the FBI was discussing its investigation into Senator Clinton's email server in detail, I cannot help but note that it was noticeably silent about the investigation into the Trump campaign and Russian interference into the election.

While Republicans try to shape this hearing in defense of Trump, Democrats like Feinstein can be trusted to get at the truth, no matter where it leads.