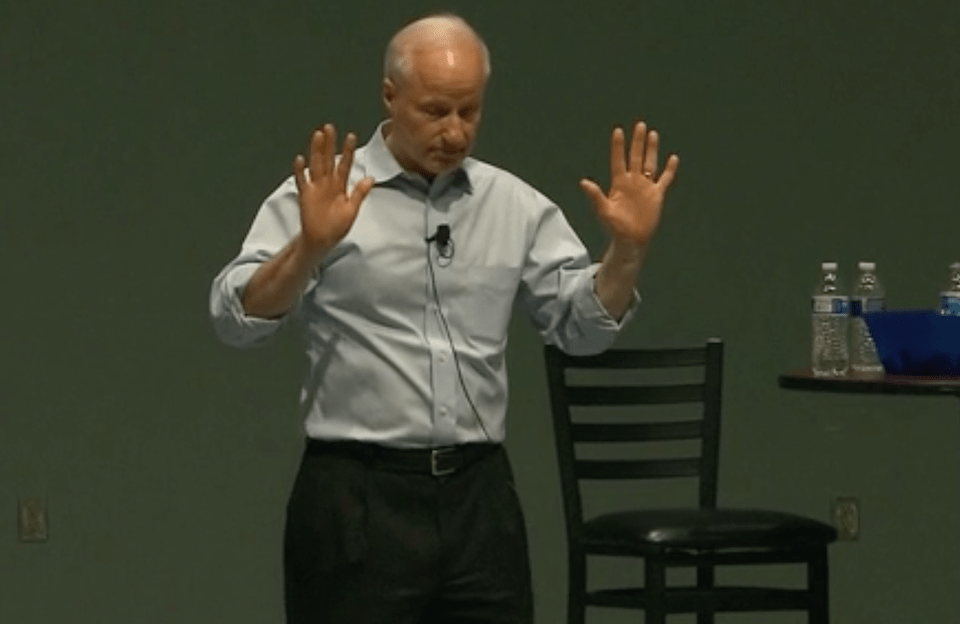 A voter at a Colorado town hall meeting confronted Republican Rep. Mike Coffman about the Trump team's embrace of anti-Semitism, referring to the most recent offense, this time by White House Press Secretary Sean Spicer, who said that Syria's Bashar al-Assad was worse than Hitler, and that Hitler had not used chemical warfare.

Coffman's constituent told him that her great-grandparents had died at the concentration camps in Auschwitz, and expressed her concern about a "president who has anti-Semitic people" in key White House positions.

Coffman conceded: "He needs to go."

WOMAN: At this time of a president who has anti-Semitic people in his cabinet, he would not even acknowledge what happened in the Holocaust by calling them "Holocaust centers," who say that Hitler didn't use gas on his people? And what is your thought – I need to hear from my congressman that these things are unacceptable.

COFFMAN: I – Spicer made a terrible mistake yesterday in the – if you're not familiar with what he did – is that he – he needs to go.

Democrat Jason Crow recently announced his intention to challenge Coffman for Colorado's 6th Congressional District in the 2018 election. The district went for Barack Obama and Hillary Clinton, even though Coffman won there.

A combat veteran and lawyer, Crow told The Denver Post, "Coffman) told the people in this district in one of his top TV commercials that he was going to stand up to Trump, and since that time, he’s voted 96 percent in favor of Paul Ryan and Trump’s agenda." Crow has also singled out Coffman's vote to repeal Obamacare as a point of weakness he will target in the campaign ahead.

All across the country, Republicans are facing resistance when they choose to hold town halls — House Speaker Paul Ryan has been hiding out at theme parks — while Democrats are being urged to be stronger in resistance to the Trump agenda. The grassroots is activated, and it is not retreating.