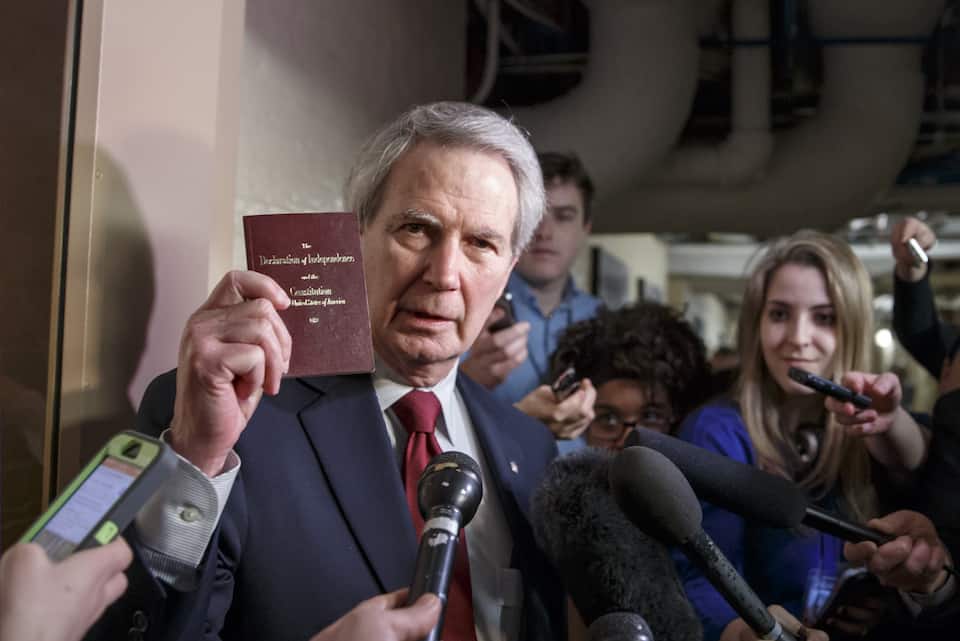 Pressure is mounting for House Intelligence Committee Chairman Rep. Devin Nunes (R-CA) to recuse himself from that committee's investigation into Donald Trump's Russia ties. Finally, one Republican has joined Democrats in calling for that overdue step.

House Intelligence Committee Chairman Rep. Devin Nunes (R-CA) has come under increasing fire over his actions surrounding the investigation into the Donald Trump campaign's possible coordination with Russians during the 2016 election, most recently over a report that he canceled public testimony from former Acting Attorney General Sally Yates at the White House's behest.

Democrats have been calling for Nunes' recusal and/or removal from the committee, while a very few Republicans have been willing to criticize Nunes. But now, one of Nunes' Republican colleagues has become the first to join Democrats in demanding his recusal.

In an interview with The Hill, Rep. Walter Jones (R-NC) stepped up to show his colleagues what courage and patriotism look like:

Jones, a member of the House Armed Services Committee who frequently bucks leadership, is the first Republican in Congress to call on Nunes to step aside.

Jones was also the first, and so far only, Republican to co-sponsor a Democratic bill calling for an independent commission to investigate Russia's theft of the 2016 election.

Nunes faces even more heat in the form of a federal ethics complaint, filed by MoveOn.org, alleging he violated the Espionage Act and the rules of the House:

MoveOn.org Civic Action today filed a federal ethics complaint with the U.S. House of Representatives’ Office of Congressional Ethics against Rep. Devin Nunes (R-CA) for “violating the Espionage Act and the Rules of the House by disclosing classified information without the authorization required by House Rules or any other proper authorization.”

The complaint is in response to Nunes’ continued efforts to bolster Donald Trump’s claims that President Obama wiretapped Trump Tower, a baseless claim that has been discredited by FBI Director James Comey.

Walter Jones may be the first Republican to display strong principles in pushing for honest and independent investigations of Trump, but if the political winds continue to blow Trump into ever-declining political favor, others may find the courage to join him.