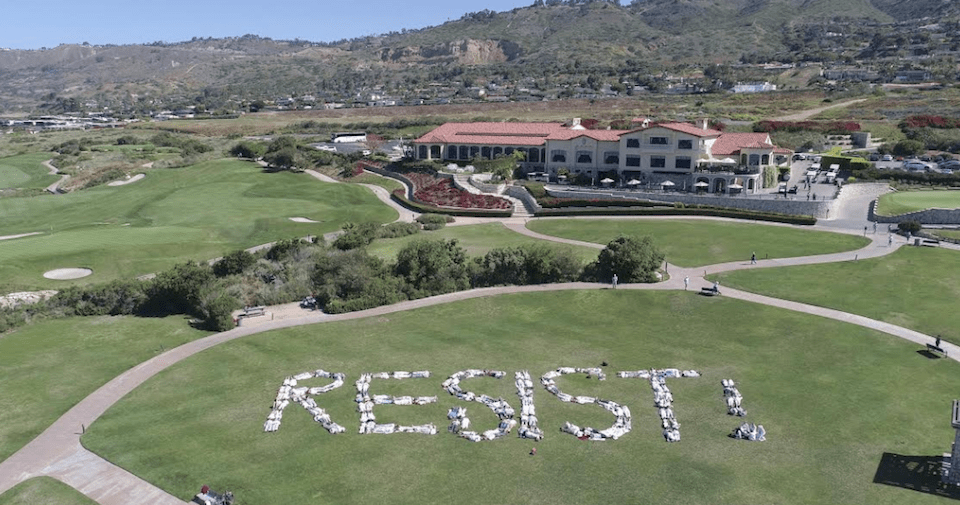 Indivisible San Pedro
Get The American Independent in your inbox

The resistance is everywhere. Donald Trump cannot escape it, even on his own properties.

The flash mob was organized by Indivisible San Pedro, one of more than 6,000 Indivisible groups that have formed to resist Trump and his agenda since the election.

These groups have primarily, and forcefully, organized to hold their public officials accountable for supporting the Trump agenda at town halls in their local communities. As their effectiveness grows, their creativity appears to be growing, too.

Just the latest evidence that the resistance is real, and only gaining momentum.