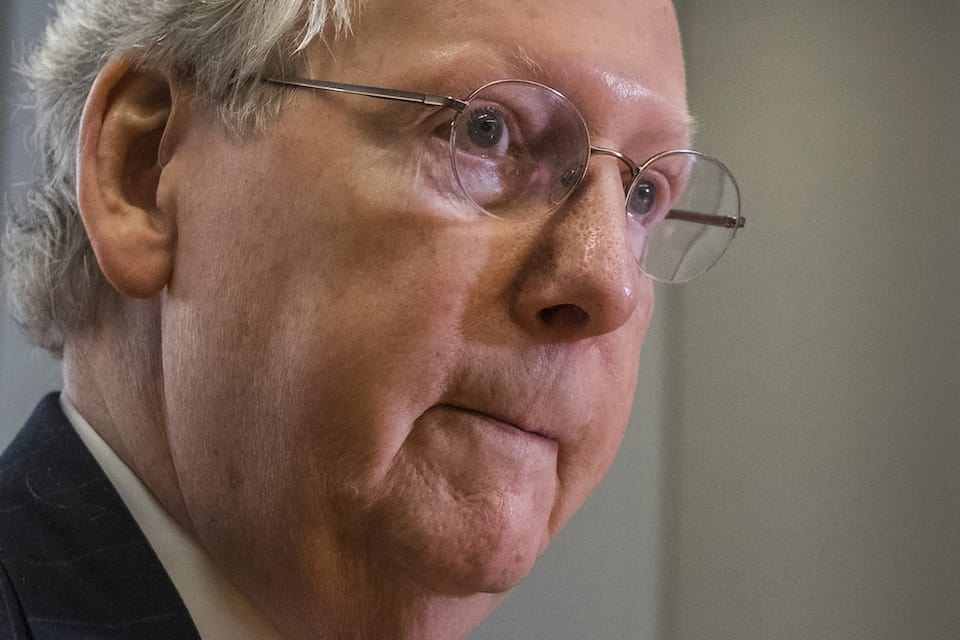 The Republican plan to repeal Obamacare is such a mess that it has been easy to overlook the deafening silence, from the media and politicians, over the fact that Republicans are openly and unapologetically "ramming" through this bill — using the same process for which they loudly heckled the Democrats when Obamacare was passed.

When the Affordable Care Act was finally passed in 2010, it was done through a process called "reconciliation," which allows a bill to overcome a Senate filibuster by only requiring a simple 51-vote majority, but only if the bill is restricted to budgetary matters.

This became necessary when Scott Brown won the seat vacated by the death of Senator Ted Kennedy (D-MA), ending the Democrats' 60-seat majority.

At the time, Republicans decried the tactic as "ramming through" the bill in an undemocratic fashion, and the corporate media adopted that language as their own:

Now, with a slim majority in the Senate, Republicans have shown no qualms about using that same process to pass their massively unpopular repeal plan.

Of course, they now refer to the process in subtly different terms like "fancy" talk and "inside-baseball" legislative jargon:

The difference this time around, though, is that many mainstream media journalists no longer seem to have a problem with what they once called "ramming." In fact, a search of the Internet Archive transcript database finds only 11 examples of the terms "ram" and "reconciliation," and six of those are Scott Brown complaining about Obamacare. Not one is from a journalist.

Regardless of who is using the process, if reconciliation is "ramming" in 2010, then it is still "ramming" in 2017. But what the Republicans are doing is many degrees worse.

Obamacare was introduced in September of 2009, and passed 243-173 in the House in October, then passed the full senate in December by a full 60-39 margin. Due to the Republicans' incredible bad faith from the start of the Obama presidency, it became necessary to use reconciliation in order to move the bill to final passage.

This time, though, Republicans have made no pretense of bipartisanship, ramming their bill through to a vote in a matter of weeks, with desperate last-minute changes that have not even been scored by the Congressional Budget Office, and have said all along that they will use reconciliation to get it through the Senate.

That bill may never even get to the Senate now, and if it ever does, may still fail to even get the 50 votes necessary to pass on reconciliation (Vice President Mike Pence would be the tie-breaker). But the corporate media have once again shown their willingness to go along with Republican talking points, and Republicans have again demonstrated their rank hypocrisy.