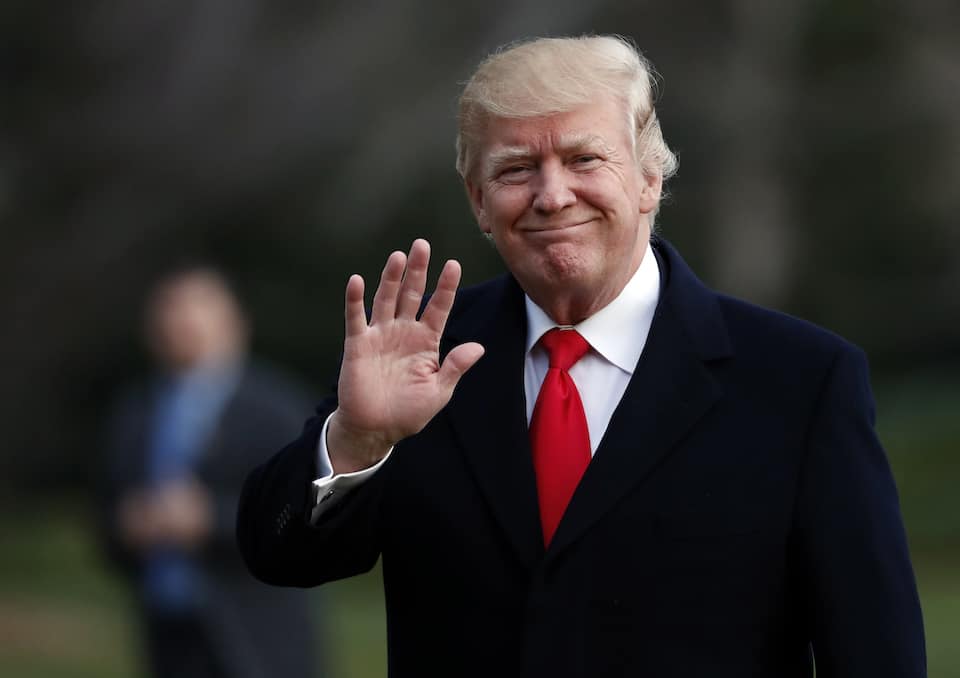 Public officials from Palm Beach County in Florida have revealed the enormous costs of Donald Trump's vacations to Mar-a-Lago, and they are demanding that he do something about it.

Several public officials representing Florida's Palm Beach County, the location of Donald Trump's vacation home and private club Mar-a-Lago, are demanding that he pay up for the extra costs he is racking up on the taxpayers' dime by visiting there on multiple weekends — or just stay away.

Trump has already visited his Florida mansion five times since taking office, to relax and play golf — and to garner plenty of press that amounts to free advertising for his private club.

Rep. Lois Frankel (D-FL), who represents a large portion of Palm Beach County, appeared with West Palm Beach Mayor Jeri Muoio not far from the Trump estate, and called on him to "step up" to help the area recover from the costs of his vacation jaunts.

The letter bluntly tells Trump, "If compensation is not assured of being forthcoming, we respectfully ask that you curtail your visits until such time as that matter is resolved favorably to our area."

It also goes on to detail the negative economic impact of Trump's visits, which cost the Palm Beach County Sheriff's Department and Fire Rescue $70,000 for each day he is at Mar-a-Lago; between January and the end of March, that has cost the department over $1.7 million.

The upcoming plan to host the Chinese delegation at Trump's resort is estimated to cost the department $280,000 just for that weekend.

Palm Beach County is estimating costs of between $3.3 to $5.8 million over the next year for Trump to indulge in his luxury property, and the City of West Palm Beach has also incurred overtime expenses for law enforcement, "as a result of numerous gatherings of pro and anti-Trump protesters" to the tune of $60,000 between January and March.

200 flights have been grounded at Palm Beach County Park Airport (aka Lantana Airport) every day Trump vacations in Florida; Stellar Aviation, who owns the airport, has lost an estimated $30,000 for every Trump vacation weekend, which is up to $170,000 so far; a helicopter company with a $440,000 annual contract with the airport has moved to another location because of the restrictions associated with Trump; and an estimated $720,000 has been lost by small businesses working out of the airport, thanks to Trump's travel to the region.

While Trump has used his vacation property to conduct official U.S. government business in an insecure environment, he is costing local taxpayers millions of dollars without compensation (some officials have proposed taxing him to recover the costs). At the same time, Trump properties are getting free advertising at the expense of federal taxpayers.

Trump is making out like a bandit, while being exposed as a hypocrite for his endless complaints about President Obama's travel. Now people are demanding he pay the very costly price for it.