Home Local Florida sheriff: 'You will not get re-elected' if you oppose gun control
Support progressive journalism.
Donate today 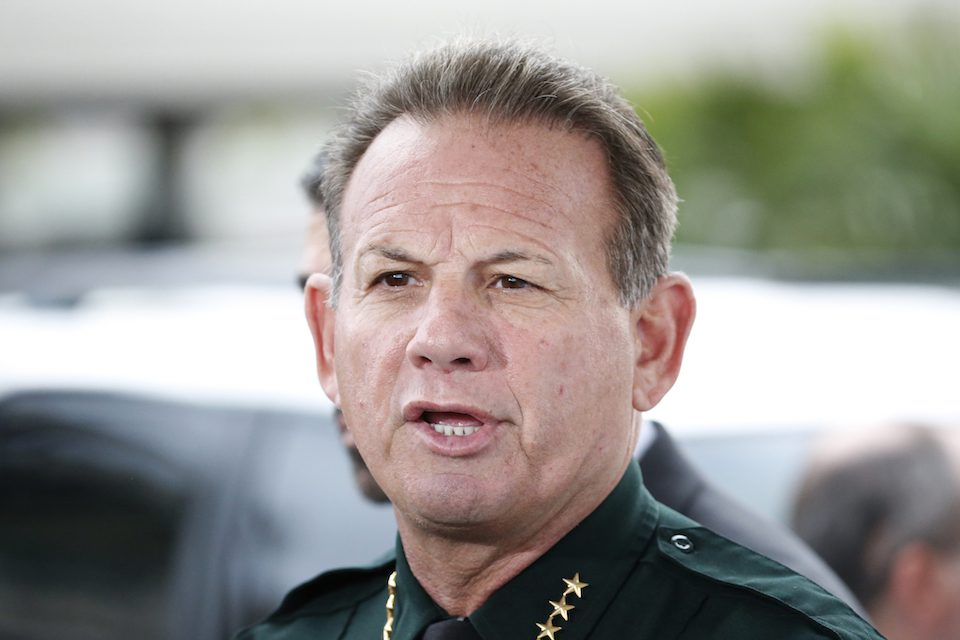 The Broward County sheriff is warning politicians who support the NRA: You are not welcome here.

The horrifying mass shooting at Marjorie Stoneman Douglas High School in Parkland, Florida, has left a community devastated, seeking answers and action. The numerous students who have spoken up in favor of gun reforms and against the GOP politicians standing in their way are a testament.

And it is not only students. The county's top law enforcement official is tired of the issue being buried.

Scott Israel, the sheriff of Broward County, is a strong advocate of new laws to keep guns out of the hands of dangerous people and has called the AR-15 used in the shooting a "devastating weapon."

On Friday, he warned there will be consequences for public officials who ignore his community's pleas.

"If you're an elected official," said Israel, "and you want to keep things the way they are, and not do things differently, if you want to keep gun laws as they are now? You will not get re-elected in Broward County."

Florida has been the site of multiple major shootings, including the Pulse Nightclub massacre in 2016. Mass gun murders are particularly easy in the Sunshine State, where there is no background check for private sales, no limits on assault weapons, and no limit to magazine size.

Florida Gov. Rick Scott, who has an A+ rating from the NRA, has gone to incredible extremes to flood his state with guns. He signed five NRA-backed bills in a single day in 2014. Many of the bills Scott signed were so radical they were reversed by federal and state courts, including a bill that would have  banned doctors from discussing gun safety with patients, and one that would have forced prosecutors to prove deceased gun victims did not deserve to be shot.

But Florida's politics are slowly changing, and not just because of the fresh horror of the latest school shootings.

Over 130,000 Puerto Ricans have resettled in Florida following the hurricanes, many of whom are eager to unseat Trump loyalists after the indifference the federal government showed to their island. Meanwhile, a sweeping new voting rights measure could be approved by Floridians this year. All of this stands to upset the political status quo.

Politicians at every level should heed Sheriff Israel's warning. In Florida, and all across America, people are tired of having the same fight about guns and the same acquiescence to the gun lobby. It is time for the lawmakers to act in the public safety, or face voter wrath.