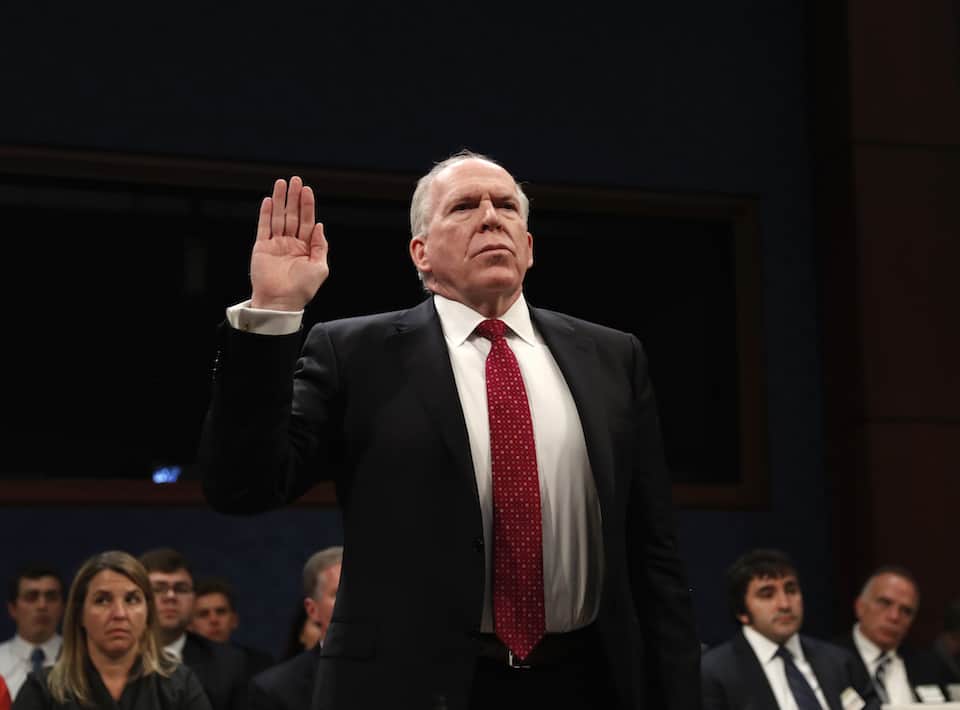 It is no longer a question of whether the Trump campaign communicated with Russia. The real question now is whether they worked together to hijack our presidential election.

During the House's hearing Tuesday on the Russia investigation task force, former CIA Director John Brennan confirmed what a growing number of scandalous revelations have been indicating all along: that there was contact between Russia and Donald Trump's presidential campaign during the 2016 election.

During questioning by Rep. Trey Gowdy (R-SC), who has served as acting chair of the House Intelligence Committee since Rep. Devin Nunes (R-CA) had to recuse himself, Brennan made it as clear as day:

GOWDY: It's a really simple question. Did evidence exist of collusion, coordination, conspiracy between the Trump campaign and Russian state actors at the time you learned of 2016 efforts?

BRENNAN: I encountered and am aware of information and intelligence that revealed contacts and interactions between Russian officials and U.S. persons involved in the Trump campaign that I was concerned about because of known Russian efforts to suborn such individuals, and it raised questions in my mind about, again, whether or not the Russians were able to gain the cooperation of those individuals.

Trump has repeatedly insisted that there was no collusion between his campaign and Russia. We already know he has lied about contact with Russian officials. And there are simply too many revelations about numerous contacts between Russia and several members of Trump's team, including disgraced former National Security Adviser Mike Flynn, former campaign chairman Paul Manafort, and Trump's son-in-law, Jared Kushner.

In the last week alone, we have learned that the investigation into possible collusion between the Trump campaign and Russia is focusing on a current White House official as a "person of interest."

The investigation now also includes a possible cover-up by Trump's White House, given Trump's actions to remove former Director James Comey after Comey refused to shut down the Russia investigation.