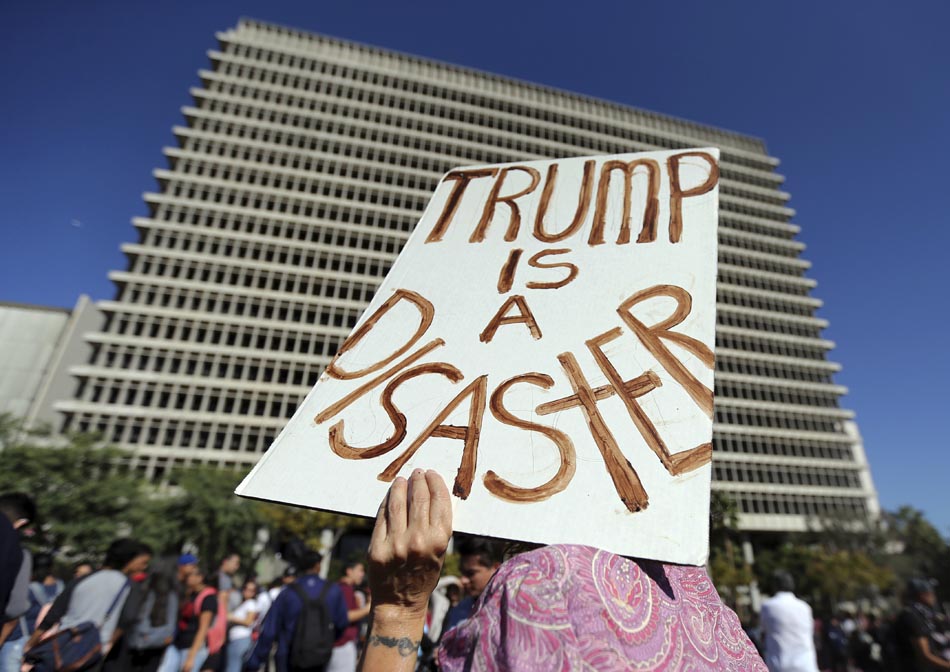 Former congressional staffers who dealt with the onslaught of the Tea Party have shared their experiences and their advice, with specific, concrete actions for how to best respond to a Trump administration.

A group of former congressional staffers — Ezra Levin, Angel Padilla, and Jeremy Haile — has published a crucial guide to the coming resistance against a Donald Trump administration, providing action steps and advice for Democrats seeking ways to fight back against an authoritarian and dangerous Republican government.

The hope, they write in the introduction, is for "stiffening Democratic spines and weakening pro-Trump Republican resolve."

A Trump presidency, along with a Republican-controlled Congress, will present us with numerous and varied battles to fight: on abortion rights, LGBT rights, immigration, education, the environment, and freedom of the press, among many others.

For Democrats and liberal activists, the keys to resistance will be localized organization and a sustained, defensive front which pressures members of Congress to vote against dangerous and/or prejudicial policies.

This is particularly important in red states where GOP members believe their seats to be safe, and in those states with smaller populations where legislators are more accessible than they might be in larger metropolitan areas.

By getting involved locally in protests, town halls, and city councils, Democrats have the power to create a grassroots movement to resist Trump and his widening circle of dangerous cronies, and to persuade their own Senators and Representatives to do likewise.

As my colleague Melissa McEwan wrote, Democratic officials are taking action. And Democratic voters now have a guide to taking the most effective action, too.