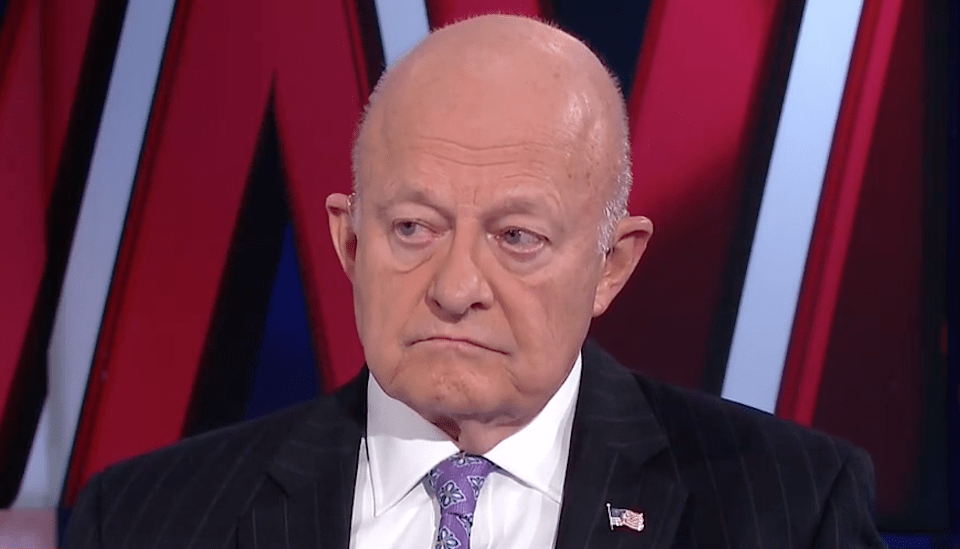 Every time Donald Trump tries to obfuscate and misdirect about Russia’s interference in the 2016 election, representatives from the U.S. intelligence community collectively knock down the misinformation.

Trump keeps trying to suggest there’s dissension or disagreement within the intelligence agencies about Russia’s role, and that the whole question of foreign interference remains unknowable.

Speaking with CNN’s Jim Sciutto, former Director of National Intelligence James Clapper once again dismantled the White House spin, stating definitively that all of the evidence points to Russian involvement, that there’s no indication any other foreign player was involved, and that there’s no disagreement across the U.S. intelligence community about those findings.

Just before President Barack Obama left office in January, the DNI issued a declassified version of the intelligence community assessment, which concluded Russia had been behind the hacking of Democratic Party emails and had also pushed propaganda online aimed at harming Hillary Clinton's campaign.

That DNI assessment was presented by the CIA, the FBI, the NSA, and Clapper’s DNI, but Trump has tried to undermine those assessments as well.

"Let me just start off by saying I heard it was 17 agencies," Trump said Thursday. "I said, 'Boy that's a lot.' Do we even have that many intelligence agencies? Right? Let's check it. And we did some very heavy research. It turned out to be three or four. It wasn't 17."

So why didn’t all 17 intelligence agencies sign off of the findings? Was it because internal dissension prevented unanimity, as Trump seems to suggest? No. The reason all 17 agencies didn’t sign off on the DNI document was because they were never asked to, in part because some of the entities, such as the Drug Enforcement Agency's intelligence, offered no special expertise on the subject at hand.

The reason that we limited it to those three agencies plus my office was the three agencies were the only ones that could really contribute and -- to this report and because of the great sensitivity of some of the sources that we depended on to make that assessment.

And so others -- and because of the short timeline we had to get it done because President Obama mandated it be done before the end of his administration.

Clapper continues to stress that since the DNI document was released in January, and as more evidence has been gathered, not a single intelligence agency today dissents from the view that Russia clearly interfered with the election.

Any doubts or objections from others in Intel Community that it was Russia?
Clapper: “Absolutely none.”
https://t.co/oREHIvLmOO

SCIUTTO: Bottom line, though, without those 17 agencies, do you have any doubt or was there any objection from inside the intelligence community on that conclusion that Russia was behind these attacks?

CLAPPER: Absolutely none. And I don't have any doubt yet today.

"As long as we don't push back with the Russians and take the necessary measures to foreclose, they're going to continue," Clapper reminded CNN.