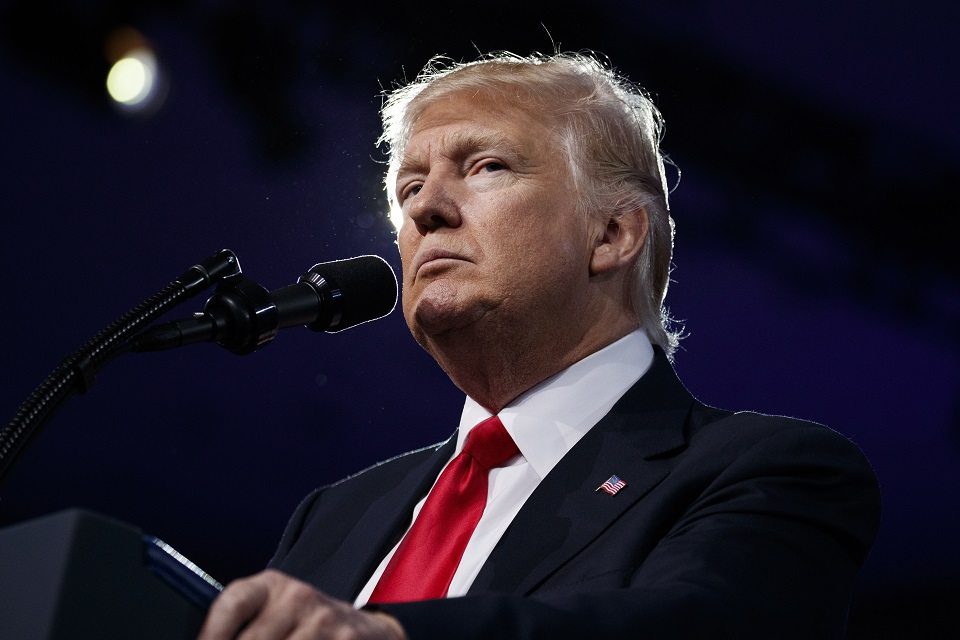 Donald Trump is destroying the State Department and growing the military. The danger is, when the only tool you have is a hammer, everything looks like a nail.

White House Chief Strategist Steve Bannon recently asserted that "deconstruction of the administrative state" was a primary goal of the Trump administration. And he meant it literally, which, when it comes to foreign policy, has potentially dangerous repercussions for the United States and the world.

Immediately after taking office, Donald Trump forced resignations by a number of top level State Department management officials. When Secretary of State Rex Tillerson came on board, he engaged in an abrupt reorganization of remaining management without explanation. And as of yet, the Trump team has put forth nominees for only 7 of the 118 positions within the State Department that require Senate confirmation. The majority of leadership positions remain unfilled, including almost every Ambassadorship.

One mid-level officer at State offered a troubling observation:

They really want to blow this place up. I don’t think this administration thinks the State Department needs to exist. They think Jared [Kushner, Trump’s son-in-law] can do everything. It’s reminiscent of the developing countries where I’ve served. The family rules everything, and the Ministry of Foreign Affairs knows nothing.

During the campaign, Trump was asked who he consults with on foreign policy:

I’m speaking with myself, number one, because I have a very good brain and I’ve said a lot of things. I know what I’m doing and I listen to a lot of people, I talk to a lot of people and at the appropriate time I’ll tell you who the people are. But my primary consultant is myself and I have a good instinct for this stuff.

Trump has also engaged his son-in-law in foreign policy, to the extent that Kushner has been characterized as "a shadow secretary of state, operating outside the boundaries of the State Department or the National Security Council."

Simultaneous with his gutting of the State Department, Trump has also expressed his intention to seek an additional $54 billion in funding for the Defense Department.

Bruce Bartlett, a historian and economist, and a former aide to Presidents Ronald Reagan and George H.W. Bush, commented on the situation:

Statements about what U.S. foreign policy will look like under the Trump administration have been vague but deeply disconcerting. He has expressed deep-seated nationalism and an intention to change dramatically the role of the U.S. as a world leader. He has expressed doubt about U.S. commitment to long-standing allies, including NATO, and repeatedly asserted a desire to move closer to adversaries like Russia. He has casually discussed the use of nuclear weapons, including saying in one interview, "Somebody hits us within ISIS, you wouldn’t fight back with a nuke?" and reportedly asking three times in a single security briefing "why can't" the U.S. use nuclear weapons.

Former foreign partners of the U.S. are already "weighing contingency plans and bracing for the worst" with regard to the Trump administration. Regardless of political party, Trump's affection for military options, including nuclear weapons, and his intentional destruction of the mechanisms of diplomacy are a combination that should send a chill up the spines of all of us.