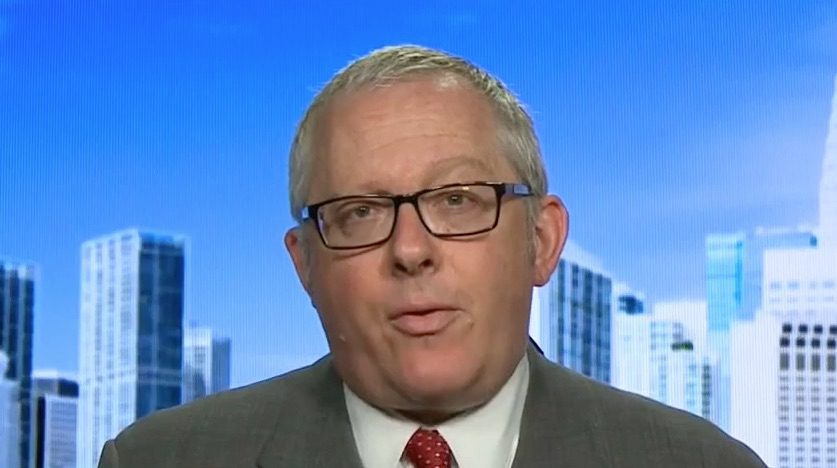 Calling for a 'final solution' for Dreamers is particularly ugly, even for the Trump team.

Trump spent Easter Weekend on a particularly hateful tear about DACA, the program that protects young immigrants from deportation. On Monday morning, a former adviser to his campaign chose a particularly poor phrase to defend Trump's ugly rhetoric.

After a weekend of live-tweeting Fox News, Trump woke up early Monday to continue an incoherent tirade in which he declared "DACA is dead," and demanded funding for his border wall. Trump rescinded the program last September. It is only "dead" because Trump killed it.

"I believe the president wants to, uh create a final solution for the people who are under the DACA ruling," Caputo said.

Caputo's choice of the phrase "final solution" — the name of Hitler's plan to exterminate the Jewish people — was a particularly unfortunate choice during Passover. But it's not entirely surprising, given Trump's hostility toward immigrants and people of color.

He has spent years ginning up the same racist hostility he displayed toward immigrants this past weekend. Trump and his administration promote racist stereotypes to evoke fear from nativists, smearing immigrants as murderous drug pushers, rapists, and grifters looking to "take advantage" of America.

Despite Trump's renewed and particularly ugly attack on recipients of the DACA program, known as Dreamers, Caputo dismissed Trump's ranting as "campaign rhetoric, something that he was saying as he was barnstorming America," and insisted Trump wants to "fix this for good."

Americans were not fooled by Trump's attempts to blame Democrats for DACA, and now that he's done pretending to care about Dreamers, they're not interested in any "final solution" from Trump either.