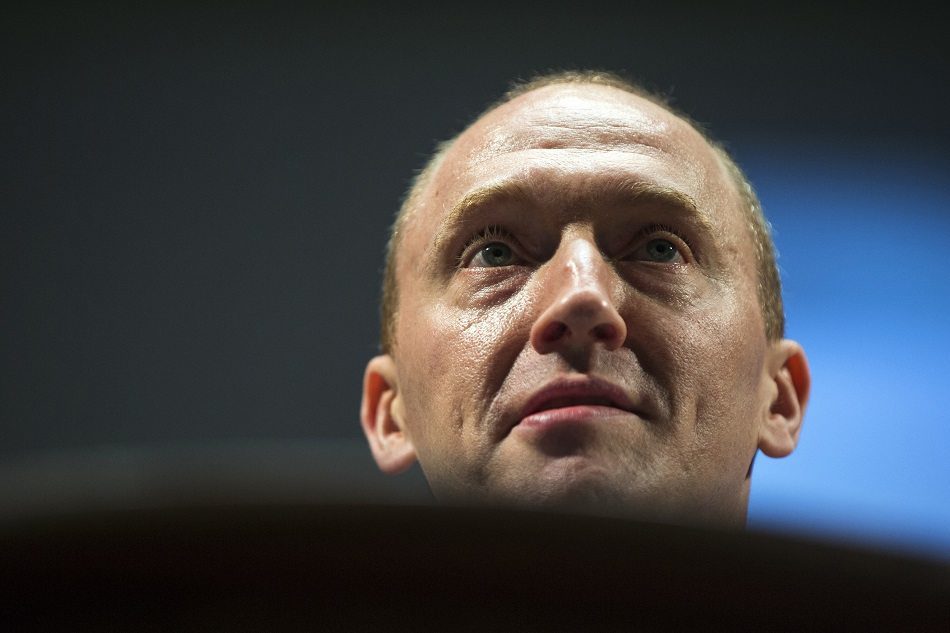 (AP Photo/Pavel Golovkin, File)
Get The American Independent in your inbox

Former Donald Trump campaign advisor Carter Page has reportedly written a letter to Senator John McCain (R-AZ) in which he appears to threaten the United States and members of the U.S. military on behalf of Russia. This is yet another extremely troubling incident surrounding the incoming administration, and it is absolutely not normal.

Carter Page, a former foreign policy advisor to President-elect Donald Trump, recently went to Moscow to meet with "thought leaders," where he made a speech exclusively broadcast by Russian state media outlet Russia Today in which he announced Trump’s Secretary of State nominee before the Trump transition team officially announced it here in the United States.

Now, according to Russian state media, Page has sent a letter to Senator John McCain (R-AZ) which contains threatening language toward the United States' national security, as well as the safety of U.S. military forces.

McCain was possibly targeted as the recipient of this letter because the Senator has been an outspoken part of the bipartisan effort to address Russia’s hacking of the presidential election, and has specifically advised Trump not to "reset" relations with Russia.

A different Russian state media outlet, Sputnik News, published the partial contents of the letter from Page to McCain and says it has seen the document, though it does not specify how or where: When McCain’s office was contacted to confirm the existence of this letter, there was no one available who was qualified to comment due to the holiday break. At the time this piece was written, attempts to obtain comment from a representative of the Senator’s office by email had not been answered.

In case there were any doubt about the threatening nature of the letter, Sputnik amplifies the rhetoric by headlining the report “US Risks National Security if It Fails to Reset Relations with Russia”:

It is important to note that Sputnik News is wholly owned and operated by the Russian government and the views it publishes can therefore be seen as either directly reflecting those of the government or as being propaganda and/or disinformation, in some cases.

As a former close advisor to the incoming President of the United States — one specifically named by Trump himself as a part of his “foreign policy team” — Page appears both to be communicating regularly with Russia state-owned media and to be acting as a mouthpiece to convey threats to the United States on behalf of the Russian government.

Questions about Trump’s ties to Russia and about Russia’s possible role in installing Trump as President-elect through its interference in the 2016 election have been increasing in breadth and intensity for months. Having a (supposedly) former advisor to Trump now issuing what appear to be threats to the United States and the U.S. military on behalf of Russia takes these concerns to an even more troubling level.