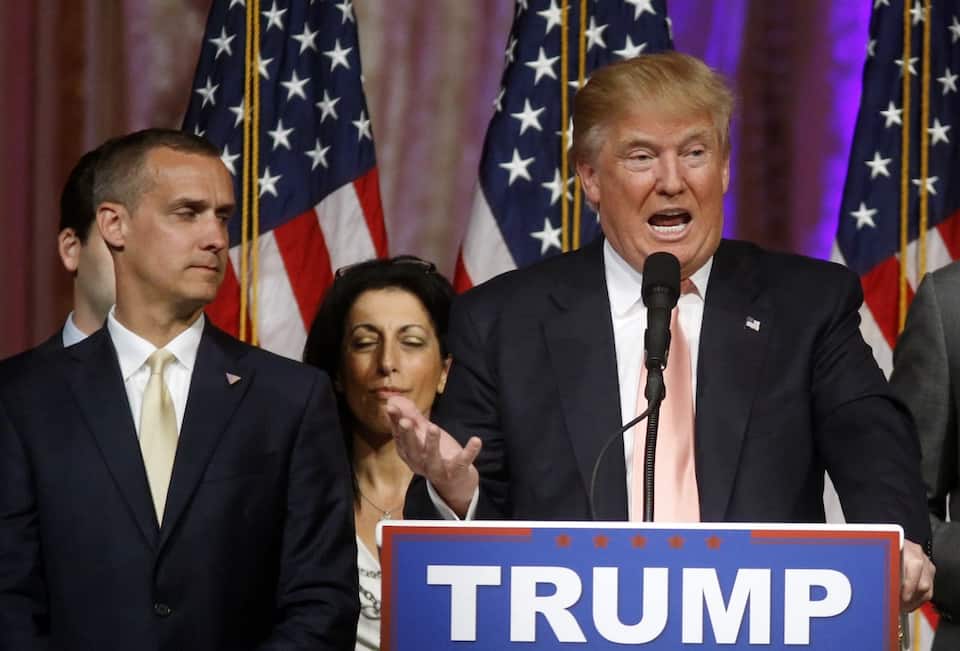 Donald Trump's former campaign manager and informal adviser, Corey Lewandowski, is promoting the latest White House spin that "maybe" Russia tried to hack our election, but if so, it was President Barack Obama's fault.

Like Donald Trump and other members of the administration, Lewandowski tried to cast doubt on the fact of Russia's interference, while also suggesting that if any meddling took place, the blame belongs to President Barack Obama.

Lewandowski was asked whether Trump plans to address Russian hacking and other actions meant to undermine the U.S. electoral process when he meets with Russia's president, Vladimir Putin, at the G20 summit in Germany.

Lewandowski dodged the question and pivoted to assert that "if" Russian interference took place, Trump had nothing to do with it:

Corey Lewandowski on what to expect at Trump-Putin meeting | https://t.co/iWZr9OMpKZ

What we do know is that Barack Obama knew that if Russia was trying to meddle, it was under his watch. He did nothing to stop it, and, instead, they blame Donald Trump for this.

While Trump has repeatedly dismissed Russia's interference in the election as "fake news," he recently pivoted to this new spin that if any interference took place — and he is still not admitting that it did — Obama is responsible for failing to stop it.

It's a lie, of course. The Obama administration did try to address Russia's hacking attempts prior to the election, but Republican leaders objected.

Now Lewandowski, who was "fired" from Trump's campaign but continued to be one of his fiercest advocates, is helping the White House push that lie. He might no longer be an official member of the Trump team, but he's clearly still happy to help.