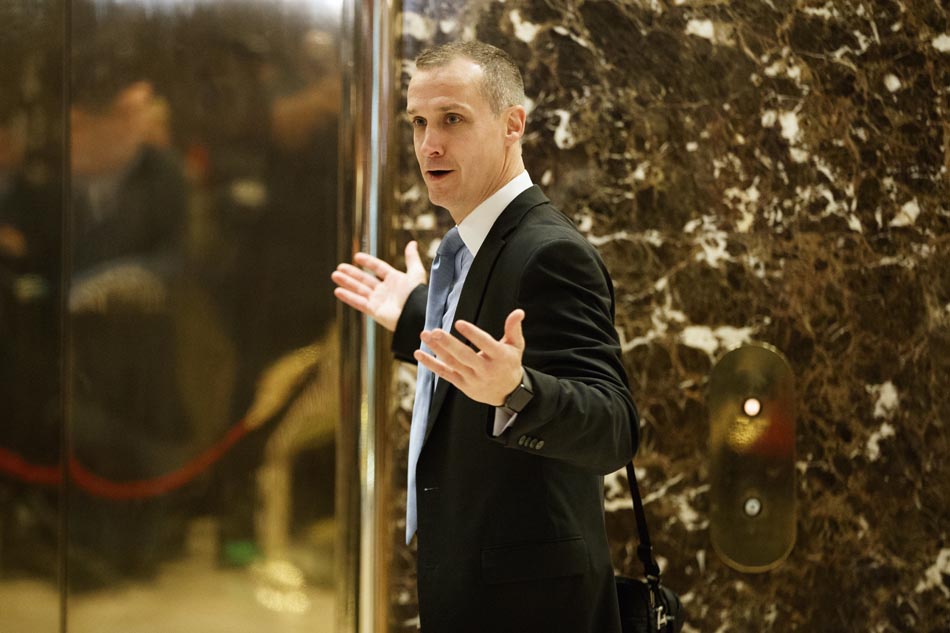 Former Trump campaign manager Corey Lewandowski, who has a history of working with corrupt figures, is telling prospective clients he can give them access to Donald Trump and other top officials. At the same time, the White House has hidden who visits the building.

A document from the company obtained by Politico includes statements from Lewandowski saying he can arrange "meetings with well-established figures" like Trump and Pence, as well as "key members" of the administration.

The document boasts that the firm is able to leverage the "trusted relations with the U.S. Administration" of   Lewandowski and his partner and fellow Trump campaign alumnus Barry Bennett to benefit their clients.

Politico also reports that people familiar with Lewandowski's pitch to prospective clients say he has pledged to them that he would "personally" call Trump on their behalf, even though he has not registered as a lobbyist as the law requires. Administration officials have said Lewandowski has remained in contact with Trump since the inauguration.

And the revelation of Lewandowski's scheme comes as Trump has decided to repeal the Obama administration's policy of disclosing visitors to the White House.

This cloak of darkness around the White House will allow figures like Lewandowski to come and go as they please, with their visits a complete mystery to the public at large. Lewandowski could deliver on his promises to his clients and induce Trump to make changes to public policy, without America knowing anything about it.

Lewandowski, like Trump, has a history of dealing with corrupt figures. He worked as an aide to Rep. Bob Ney, who was sentenced to prison for federal corruption charges as Lewandowski described him as a "consummate professional."

And now he has access to the White House on behalf of foreign entities, and it is all being hidden in the shadows.