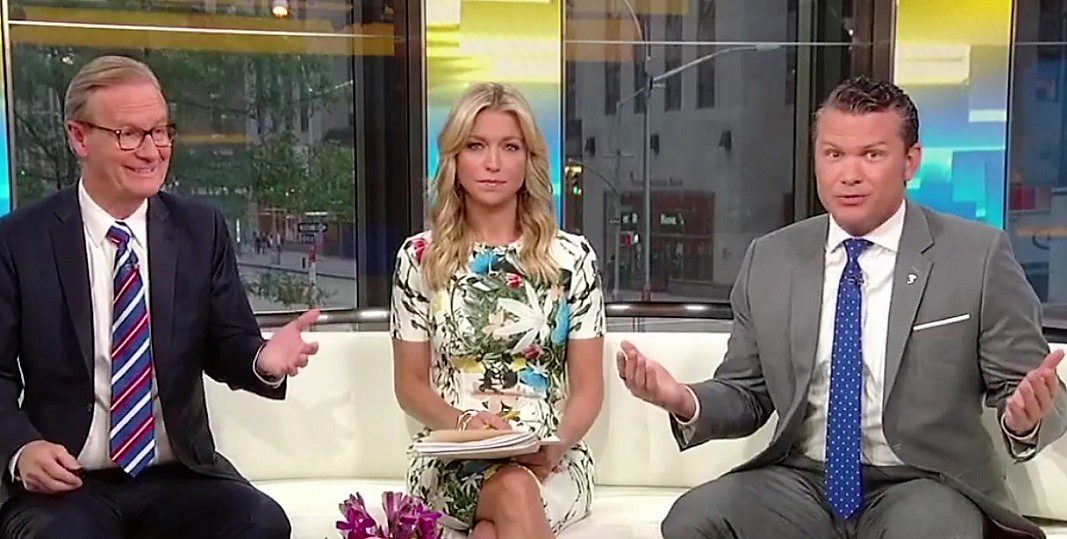 Fox News never lets the facts get in the way of good propaganda.

The crew at Trump's favorite Fox News show argued that a thwarted terrorist plan to attack a parade in Ohio, made by a U.S. citizen, proves the need for Trump's racist immigration policies. But, as usual, the facts were not on Fox's side.

On Tuesday morning's edition of "Fox & Friends," co-host Steve Doocy praised the FBI's Ohio field office after a 48-year-old man was arrested in Cleveland for an alleged terrorist plot.

"Hats off to the men and women who stopped this plot," Doocy said, after taking pains to distinguish between the field office and the FBI as a whole.

Co-host Ainsley Earhardt agreed: "You have the president who wants to make sure that he is keeping a close eye on everyone who comes across our border, who comes into this country, and that's exactly why. Because we don't want to become like Europe, where everyone can come in, and ISIS grows in our country."

"They hate who we are, for what we represent in this country," co-host and Trump cabinet finalist Pete Hegseth  later chimed in.

"He said 'their holiday is coming up.'  Hates this country," Earhardt said.

"That's why I extreme vetting makes sense as well," Hegseth said. "We need to know who's coming."

In fact, though, immigration has absolutely nothing to do with this case, and neither does ISIS.

The suspect in the case, Demetrius Pitts, is a U.S. citizen and a Philadelphia native, who allegedly wanted to team up with an al-Qaida "brother," but wound up speaking with an undercover FBI agent posing as an accomplice.

And at a press conference on Monday, FBI Special Agent in Charge Steve Anthony told reporters that not only is Pitts a United States citizen, but that he was radicalized here as well.

Trump's racist Muslim ban and child confiscation policies have absolutely nothing to do with keeping Americans safe on Independence Day, or any other day. They are simply an effort to harness the resentment and fear of Trump's supporters.

And to their eternal shame, Fox News will say anything to help Trump's bigoted and cruel agenda, including, and perhaps especially, lying to their audience's faces.