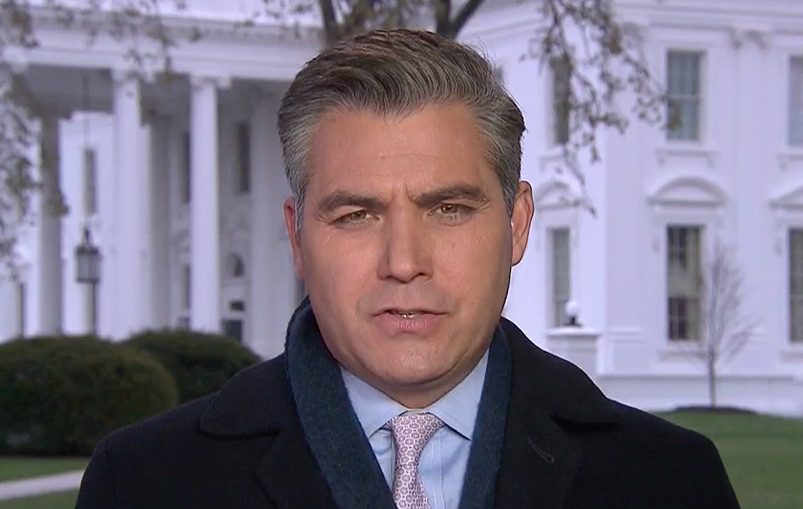 Fox News set up reporters who've received death threats to be mocked and taunted in support of Trump.

Thanks to Trump's dishonesty, and his distaste for fact-based journalism, many reporters tasked with covering him have come under attack. Often prompted by Trump's baseless claims of "fake news," several of these journalists have even gotten death threats.

To Fox News, who as part of its core mission churns out a nonstop stream of pro-Trump propaganda, the death threats are a development they believe should be mocked.

Even worse, Fox has mangled reporters' statements about the threats they face, and used them to egg on even more attacks.

In an interview with Variety, CNN's Jim Acosta spoke to the outlet about how he saw Trump's media complaints as part of an act, noting, "The problem is is that people around the country don’t know it’s an act. They’re not in on the act, and they take what he says very seriously."

Acosta then went on to express concern that some of the people hearing Trump's smears "don't have all their faculties in some cases, their elevator might not hit all floors."

Acosta explained, "My concern is is that a journalist is going to be hurt one of these days, somebody's going to get hurt. And at that point, the White House, the president of the United States, they're going to have to take a hard look in the mirror and ask themselves whether or not they played a role in this, whether they created this toxic environment that resulted in a journalist getting hurt."

Instead of acting like a normal journalistic institution or at a minimum like decent human beings, Fox pounced on Acosta.

On Fox & Friends, which is Trump's favorite show and the program that seems to have a direct line to his brain, the hosts laughed off the death threats. Pete Hegseth teed up Acosta's remarks for pundit Tomi Lahren by lying and saying Acosta simply "talked about voters" and implied his comments were about all Trump voters.

Lahren, who is one of the more outrageous pro-Trump voices in the media, who doesn't think twice about garbling reality to support him, took the bait.

"I never get tired of the leftist mainstream media insulting Trump voters," she said, reacting to something that had not happened. She added, "The more they tell us that we’re stupid, the more we’re going to go back and vote for Donald Trump, so thank you for the boost."

The back-and-forth was a microcosm of the well-worn formula Fox has relied on for over 22 years. Take someone out of context; tell their viewers they said something they never said, usually with the idea that they were attacking Fox's core viewership in the process; and then repeat.

Acosta was pointing out that Trump's lies and embrace of violent rhetoric are speaking to people who are already disturbed. Reporter April Ryan has faced death threats from Trump fans, based on aggression of White House staff toward her as well as Fox News complaints about her work.

But for Fox, pointing out death threats to journalists based on Trump's tirades would just be too honest.

Instead, the propaganda network took the story as another opportunity to try and delegitimize those who have practiced real journalism, lie to their audiences about a smear that didn't happen, and whip up even more of a frenzy against those perceived as Trump's enemies.

Fox is in the propaganda and smear business, not in the business of reporting, journalism and truth.