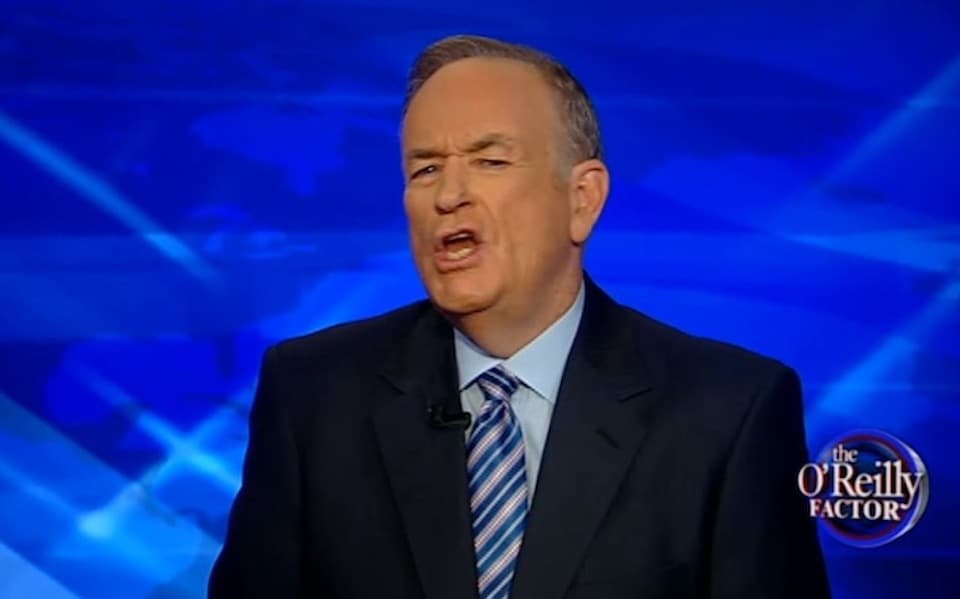 For decades, Fox News allowed Bill O'Reilly to verbally assault Americans on primetime TV with his trademarked brand of hate, and he is only on his way out now because his toxicity is finally hurting Fox where it matters: the network's bottom line.

Bill O'Reilly has terrorized the American airwaves for over two decades. Since 1996 and the launch of Fox News, O'Reilly has regularly preached sexism and racism from his primetime perch, repeatedly lying to his audience while smearing both public and private citizens.

The news that Fox has finally decided to fire O'Reilly is certainly welcome, though many years too late. But this development is thanks to a grassroots campaign that targeted his advertisers after news surfaced of Fox's $13 million of hush-hush payoffs to women O'Reilly allegedly harassed. It is not because Fox suddenly developed a conscience or a sense of shame for beaming O'Reilly's hatred into millions of homes every night at 8 o'clock.

O'Reilly was hired by Roger Ailes, the founder of Fox News and a serial abuser of women, to be a televised version of a right-wing know-it-all uncle who believes his opinion is the only one that matters. O'Reilly repeatedly lived down to this low bar through his years on air.

Whether it was making the ludicrous claim that slaves who built the White House were "well-fed and had decent lodgings" or insisting that "there's got to be some downside to having a woman president," O'Reilly has dwelled in the bowels of discourse for a long time, unchecked by the powers that be at Fox.

O'Reilly whined that women use "the sexual harassment thing" as "a club" against male coworkers; called a woman who was raped and killed "moronic" because she "was wearing a miniskirt and a halter top;" said "many" Blacks "are ill-educated and have tattoos on their foreheads"; said he was "proud" of a segment his correspondent Jesse Watters aired making fun of Asians; and expressed shock that Black restaurant-goers were well behaved.

One of O'Reilly's favorite things is to smear people on his show, especially the left. He said Black Lives Matter was behind "the rise of fascism" on college campuses; that President Obama had an "emotional attachment to the Muslim world" that "hurt the USA;" and claimed that immigration protesters had a "hardcore militant agenda" to take back the southwest portion of the United States.

These hateful sentiments were not only tolerated by Fox News, but encouraged, not only by paying O'Reilly millions of dollars, but also by promoting his show and his brand as the centerpiece of the network's lineup.

Off-air, O'Reilly was embroiled in a lawsuit from former producer Andrea Mackris, who alleged that O'Reilly called and harassed her with explicit sexual talk — which she recorded. The controversy went away after O'Reilly settled with her. Fox News never issued a public rebuke or imposed any penalty on O'Reilly.

Fox was just fine with polluting the airwaves with O'Reilly and his toxic commentary for 21 years. He got in trouble only when his dirty laundry — which Fox News helped him hide — was finally exposed, and grassroots organizers took their case to his advertisers to demand they drop him. And they did.

Fox News, as it always has been, was a hotbed of moral cowardice throughout most of the entire sad arc of O'Reilly's national broadcast career. It does not deserve any credit for finally cutting him loose — something it should have been done long ago.