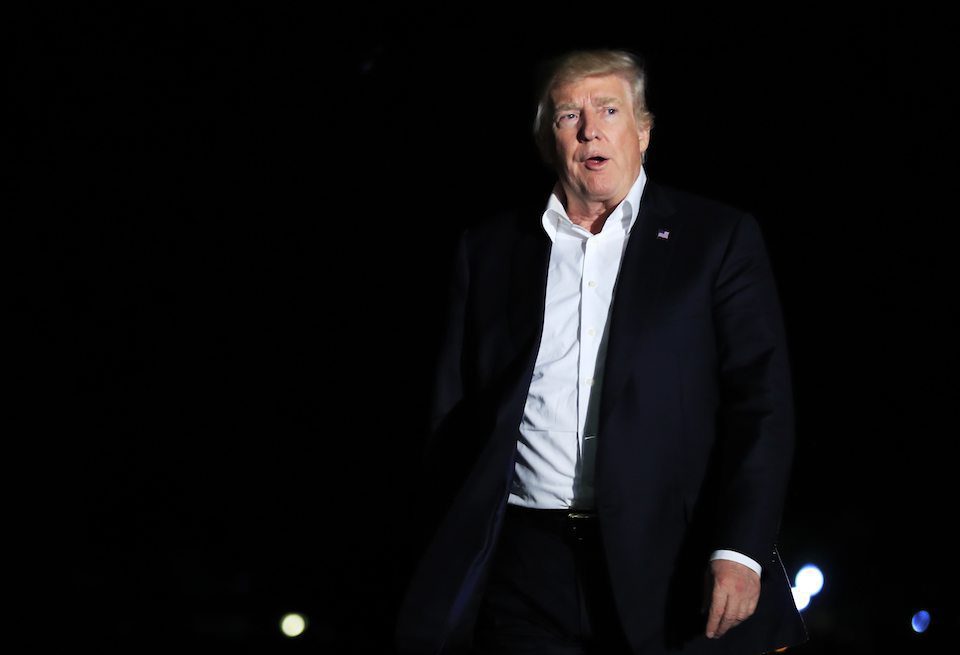 In the final weeks of the 2016 campaign, Fox News decided not to run a blockbuster story about Trump's affair with adult film actress Stephanie Clifford, also known as Stormy Daniels.

According to a report from CNN, Fox had the story of Trump's affair with long-time adult film actress Stephanie Clifford (who goes by the stage name Stormy Daniels) in October 2016.

Fox News reporter Diana Falzone was so far along on the story that she had "an on-the-record statement from Clifford's manager at the time, Gina Rodriguez."

She filed the story, expecting it to run.

Yet rather than air such an explosive story less than a month before Election Day, Fox decided to engage in a cover up to help Trump.

"She had the story and Fox killed it," one of the people familiar with the matter told CNN.

Of course, Fox News has a long history of putting their thumb on the scale when they report news.

During the Republican primary, "Donald Trump dominated his former rivals for the nomination in interview airtime on Fox News," according to Media Matters. Trump had more than twice as much air time as his closest competitor, Texas Sen. Ted Cruz.

Ever since Trump entered the White House, Fox has gone out of its way to shower him with positive coverage. The network praised Trump for not murdering journalists, covered for Trump when he forgot the words to the national anthem, and laughed off Trump's unstable tweets about the size of his nuclear button.

But it is a whole different level to spike a story about a presidential candidate who had an affair with an adult film star in the final moments of a heated campaign.

Putting a thumb on the scale to help a preferred candidate in this manner is simply unheard of  or it was, before the Fox and Trump era.

And covering up potentially explosive news to help a candidate is a complete dereliction of any and all journalistic integrity.