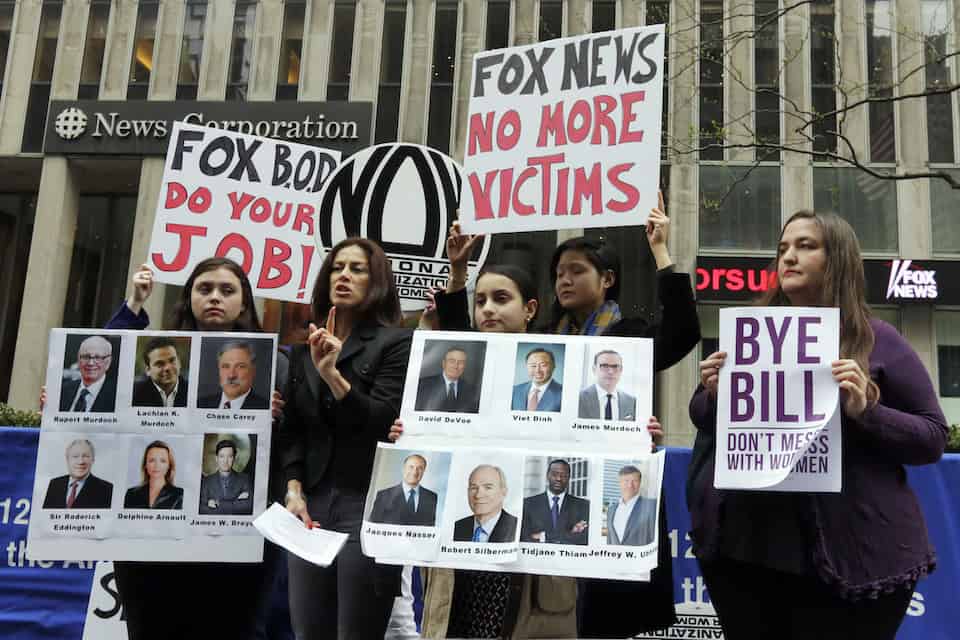 Following the recent eight-figure sexual harassment settlement and the firing of their top primetime pundit, Fox News is now facing multiple criminal investigations, and Rupert Murdoch is threatening to fire some of the top management.

The Fox News Channel is perhaps the most famous and most popular source of right-wing messaging in American journalism. But since its launch in 1996, Fox News has spawned too many controversies to count.

Their pundits have drawn fire for things like insisting Santa Claus is white, seeming to incite the murder of an abortion doctor, claiming people cannot be poor if they have refrigerators, and admonishing a Black congresswoman to "step away from the crackpipe." And they have never hesitated to play with the truth — studies show people who regularly watch Fox News are less informed than people who do not watch the news at all. Their mantra is simple: Tear down Democrats and celebrate Republicans.

One might expect Fox News to be having a terrific and positive year, with Republicans in control of a unified federal government. But in fact, they have suffered blow after blow.

To start, Fox has been dealing with a massive sexual harassment scandal. Their top anchor and most famous personality, Bill O'Reilly, plagued for years by lurid allegations of using his power to abuse female employees, was finally fired amid fresh allegations and a massive sponsor boycott of The O'Reilly Factor. O'Reilly and the Fox network are paying out a $13 million settlement to the women he victimized.

This comes less than a year after Fox's former president, Roger Ailes, was also forced out for systematically harassing his female journalists. He and the network paid a $20 million settlement to former anchor Gretchen Carlson. Even now, more and more women are coming forward, and Andrea Tantaros claims that after she blew the whistle, Fox executives bugged her computer and planted defamatory smears against her on fake news sites.

But it did not end there. In February, news broke that Fox is under criminal investigation by the Justice Department for withholding information from shareholders about the sexual harassment settlements, which would constitute securities fraud. And CNN recently revealed that the investigation has expanded to include the U.S. Postal Inspection Service, an agency that handles mail and wire fraud.

Both agencies are interviewing former Fox staffers in connection with the practices of upper management, and the mysterious network of Ailes advisors known as the "Friends of Roger," who were given lucrative consulting contracts for unknown purposes.

And as if all that were not enough, Fox may be facing a management purge. Rupert Murdoch, the Australian-born billionaire who owns the network's parent company, reportedly met in private with Fox News co-presidents Bill Shine and Jack Abernathy, during which Shine asked Murdoch to issue a public statement of support for him and Murdoch refused.

The threat of Shine being ousted caused Fox personality Sean Hannity to issue this fearful statement:

Gäbe i pray this is NOT true because if it is, that's the total end of the FNC as we know it. Done. Best Sean https://t.co/W3BJ2wjzRD

The entire affair has ominous echoes of the News International scandal, in which a British newspaper, also owned by Murdoch, hacked the phones of the British royal family, several politicians, and the relatives of terrorist victims, and bribed police to cover it up. Many elements of this scandal are the same — the systematic nature of the abuse, the frantic, ham-handed coverups, and Murdoch finally, belatedly stepping in when public outrage starts to threaten his profits.

Time and investigations will tell whether Fox News can recover. But as more and more of the company's corrupt internal culture is exposed, the American people should seriously question whether a network like this has the integrity and moral standing to have a place in mainstream media.