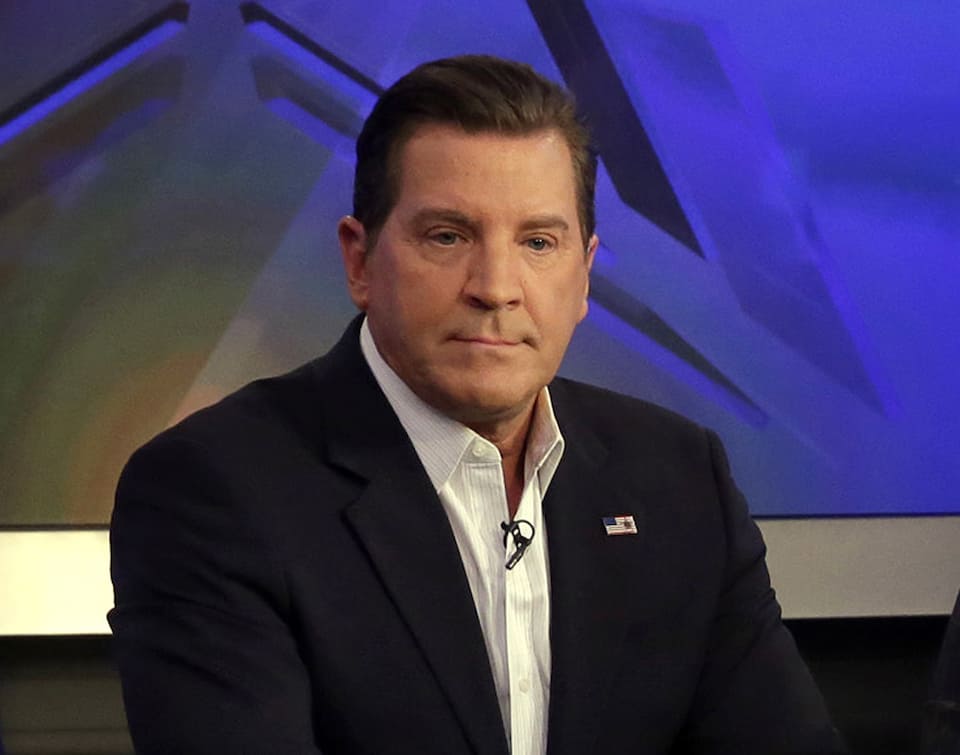 Fox News has just re-signed host Eric Bolling to a new long-term contract, a man who traffics in sexism and race-baiting, and a conspiracy theorist who promoted birtherism. His signing proves that Fox has not learned its lesson, despite all the scandals that have hit the right-wing propaganda network.

Fox News Channel has re-signed host Eric Bolling to a new long-term contract, retaining a figure who has promoted conspiracy theories, sexism, and racism on-air, even as the network is dealing with multiple scandals and ratings failures.

In a press release announcing the new contract, Suzanne Scott, president of programming, praised Bolling, co-host of The Fox News Specialists and Cashin' In: "Eric has cultivated a strong fan base and has become a staple to the FOX News brand. His insight is valued and we are pleased to have him at the network for many more years to come."

The signing comes soon after public pressure forced Fox to drop long-time host Bill O'Reilly, after it was exposed that the network had paid off several women who alleged that O'Reilly had sexually harassed them. That followed the removal of network founder Roger Ailes, who serially harassed multiple women for decades.

As those stories were unfolding, host Sean Hannity used his show to promote a long-debunked conspiracy theory, alleging that Democratic National Committee aide Seth Rich was the victim of a political assassination.

Fox also suffered a ratings setback, coming in third place in the demographic subset most valued by the network and advertisers.

The turmoil prompted some to speculate whether Lachlan and James Murdoch, sons of Fox owner Rupert Murdoch, might work to pull the network back from the right-wing edge and towards a more sensible direction.

But the Bolling recommitment helps demolish that already shaky conclusion. The network that Donald Trump used to make himself into a political figure by promoting the birther conspiracy theory that President Barack Obama was not born in the United States will continue to amplify Bolling, a man who responded to the release of Obama's long-form birth certificate by blowing it up to a huge size to speculate on whether it was forgery or not.

The network's well-deserved reputation for racist content is also shored up by retaining Bolling, who once complained that President Obama was hosting "hoods in the house" when the president of Gabon visited the White House, as well as rapper Common.

He also once accused Obama of "chugging a few 40's" instead of responding to a natural disaster.

And showing no apparent concern with making up for the network's demonstrated, documented issues with sexism and abuse of women, they are apparently okay with Bolling's reference to the United Arab Emirates' first female air force pilot as "boobs on the ground."

The network now marches in lockstep with Trump, acting as a de facto state propaganda outlet for him, creating an alternate reality for viewers in which Trump's missteps simply do not exist. For Fox viewers, Trump failures are all "fake news" generated by rival news operations.

Bolling fits perfectly with this editorial mindset, as he has been a long-time booster of Trump's presidential ambitions. At one point, he was even reportedly in discussions for an appointment in the Trump administration.

Fox News has not changed, and this signing, in addition to hosts like Tucker Carlson and the rest of the content it produces, is a clear sign Fox doesn't care about changing. They are happy to be the network they have been for nearly 21 years, and to infect our conversations with a stream of bile.

The only bright spot is that they seem to be losing audience and influence as a result of their actions. But it remains to be seen if even that critical issue will be enough to dissuade them from their repugnant path.