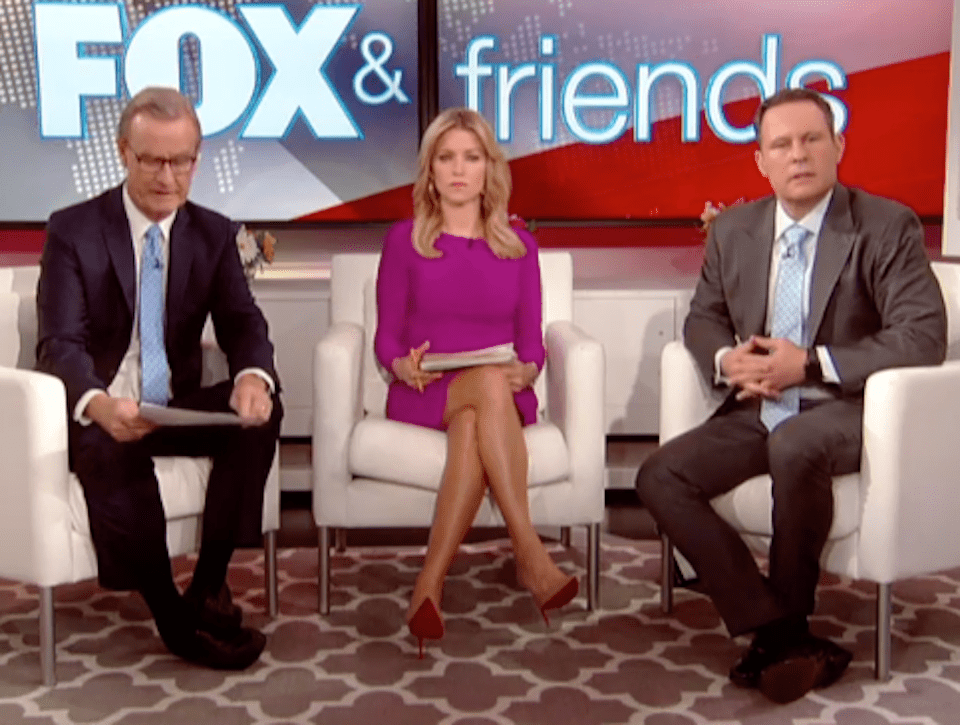 Fox had no problem showing the graphic aftermath of the shooting, but not the shooter’s love of guns.

As Trump hid from the American people following Wednesday's horrific mass shooting in Parkland, Florida, his favorite "news" show is shielding viewers from the shooter's worship of guns.

The shooting at Marjory Stoneman Douglas High School claimed 17 lives and is the 18th school shooting this year alone, but Republicans are already signaling their intent to ignore the proliferation of guns, and blame everything else they can think of.

Trump himself posted a tweet cruelly blaming "classmates" for failing to prevent the shooting.

And while other cable news outlets showed Cruz's Instagram photos as part of their coverage, Fox News came up with a preposterous excuse to keep viewers from seeing them.

On Thursday morning's "Fox & Friends," anchor Ainsley Earhardt referenced shooting suspect Nikolas Cruz's disturbing social media posts, but told viewers, "We decided, as a news channel, not to show you because they are very graphic."

Earhardt then went on to read captions from Cruz's Instagram account, calling them "sick," but not showing the images of Cruz fondling his weapons.

Earhardt's claim the the photos she referenced were too "graphic" doesn't hold any water, not just because the photos themselves are disturbing yet decidedly not graphic, but because the show later devoted an entire segment to showing harrowing video and photos of the shooting in progress.

But reading the captions allowed Fox to promote the narrative that mental illness is to blame, while avoiding images of guns that might lead viewers to connect the fetishization of firearms to this tragedy.

Trump and the Republicans are singularly devoted to the NRA, but the American people know that if this wave of tragedy is to be stopped, something must be done about the guns.