Home National Fox News sued for cooking up fake news with Trump about murdered...
Progressive journalism is under attack. Please help us fight back!
DONATE 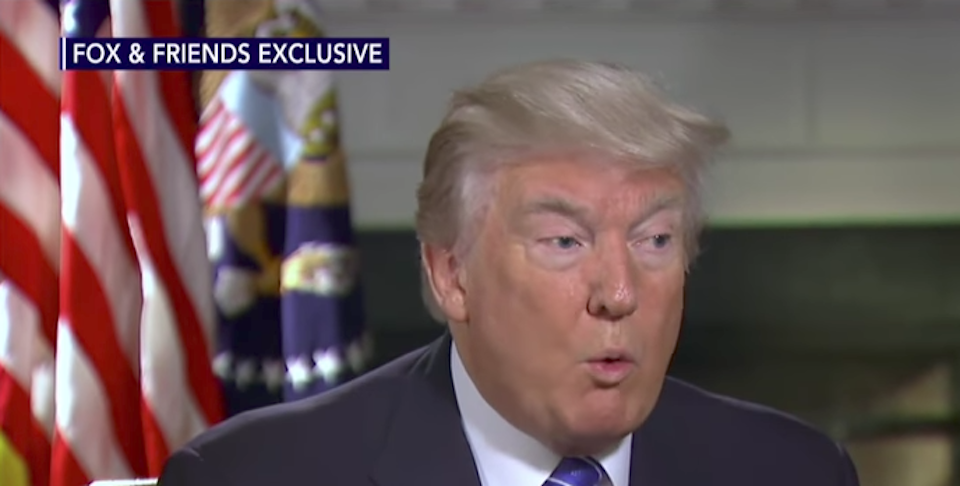 Donald Trump, who frequently rants about "fake news," was behind a bogus conspiracy theory pushed by Fox News, according to a stunning lawsuit.

Saying he was “used as a pawn” by the Trump White House and Fox News, a longtime Fox contributor claims in a new federal lawsuit that both parties conspired in May to resurrect a phony tale about a murdered DNC staffer, Seth Rich.

The plaintiff, Rod Wheeler, also insists the White House was anxious to spread the misinformation in an effort to deflect from the unfolding Russia scandal and Trump’s firing of FBI Director James Comey.

The lawsuit specifically alleges that Donald Trump "reviewed an article written by a Fox News journalist and sought to get the article published 'immediately.'"

The stunning lawsuit, which is supported by a batch of real-time texts and emails from the central players, including GOP operative Ed Butowsky, paints the picture of an utterly corrupt Fox News organization, which was actively inventing quotes for its story, and a duplicitous White House, which seemed anxious to spread the falsehoods.

From NPR’s exclusive report on the lawsuit: [emphasis added]:

On April 20, a month before the story ran, Butowsky and Wheeler — the investor and the investigator — met at the White House with then Press Secretary Sean Spicer to brief him on what they were uncovering.

The first page of the lawsuit quotes a voicemail and text from Butowsky boasting that President Trump himself had reviewed drafts of the Fox News story just before it went to air and was published.

Sean Spicer confirmed to NPR that he met with the Fox contributor to discuss his work on the Rich story.

Wheeler, a former Washington, D.C., detective, claims that Butowsky, a wealthy Dallas investor, recruited him last year to investigation the Rich story. But Wheeler got nowhere, until a Fox News reporter claimed this spring  to have uncovered all kinds of scandalous information.

The Fox reporter then quoted Wheeler in her story to bolster her theories about a vast, murderous conspiracy. But Wheeler claims the quotes were fabricated, and that everyone knew it. Wheeler says he now regrets hyping the story on Fox News.

The Background: In May, Fox News helped resurrect the thoroughly debunked conspiracy theory that Rich was murdered for political reasons last summer. The D.C. police have always insisted he was the victim of a robbery.

Specifically, the groundless conspiracy theory was that Rich helped leak the DNC emails that were published on WikiLeaks last summer, and that he paid for that act with his life.

“Fox & Friends” hyped the May report as a “bombshell.” Sean Hannity also cheered the explosive report, saying, “If this is true and Seth Rich gave WikiLeaks the DNC e-mails...this blows the whole Russia collusion narrative completely out of the water."

The whole right-wing media attempt to use a young murder victim as a political shield was gross:

A spokesman for Seth Rich's family said "There is a special place in hell" for spreading conspiracies about Seth. Hannity is leading with it pic.twitter.com/v0U4jCLxvl

But it quickly imploded.

When the Rich conspiracy reporting fell apart, yet again, Fox published a rare public retraction, saying the report did not meet its standards. But nobody was ever reprimanded for the reckless episode.