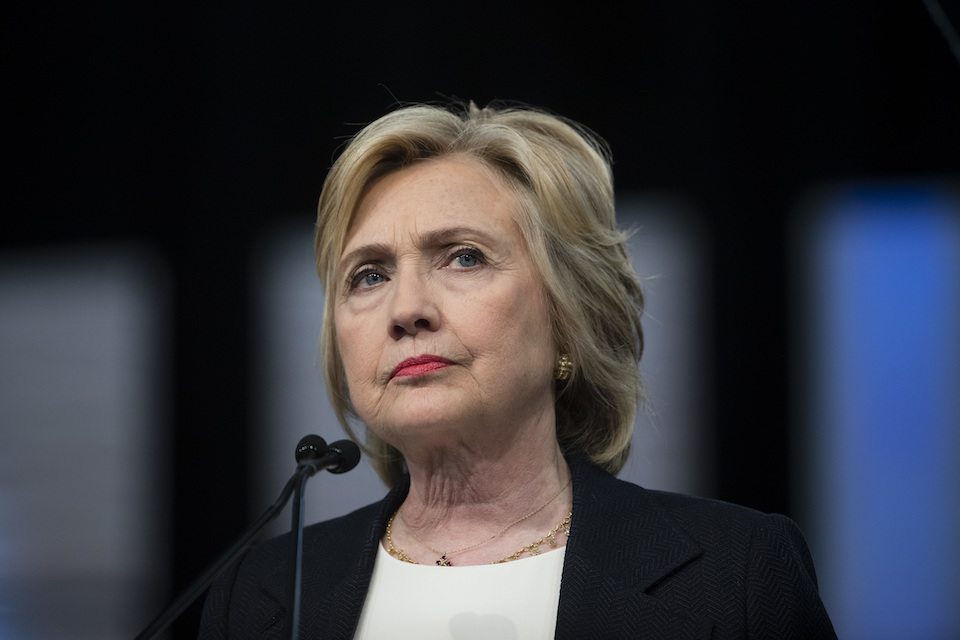 True to form, the partisans at Fox seemed angrier at Hillary Clinton for speaking out in support of gun safety than they did at the man who murdered dozens of people.

Always finding a way to turn Hillary Clinton into the villain of any unfolding national story, Fox News and other conservative commentators turned their ire on her following one of the deadliest mass murders in U.S. history, displaying more scorn toward the former Secretary of State than toward the gunman who killed 58 people in Las Vegas.

Clinton’s supposed crime was calling out the gun lobby in the wake of the massacre. Specifically, she called attention to a law that congressional Republicans, with support from the NRA, are trying to pass that would make it easier for everyday Americans to purchase silencers, a radical and dangerous initiative for a country already drowning in firearms:

The crowd fled at the sound of gunshots.

Imagine the deaths if the shooter had a silencer, which the NRA wants to make easier to get.

And many other right-wing partisans piled on.

And Dana Loesch, who narrates hysterical NRA videos for a living, tried to minimize the importance of the pending silencer bill:

Suppressors only reduce by a few decibels, still same decibel level as a jackhammer. https://t.co/aj0AvJMZwv

Apparently, the argument from NRA apologists like Loesch, in the wake of one of the worst gun rampages in modern U.S. history, is that silencers won’t make the gunshots completely silent, and thus are unnecessary.

It’s a ridiculous argument to make at any time. But after a mass murder, when dozens have been killed and hundreds injured by a single madman with a stockpile of weapons, it is especially repugnant. Gun industry apologists are left with tacitly acknowledging the price for letting Americans arm themselves with hundreds of millions of guns is that lots and lots of people are going to die by gunfire.

But still Fox News obsessed. "We saw some rotten conduct today," lamented Fox News politics editor Chris Stirewalt. Except he wasn’t referring to the Las Vegas gunman. He was referring to Clinton.

"We knew her to be rapacious, but we did not know her rapacity would include exploiting this on twitter in moments. She went to a gun control debate instantly," he continued.

The latest gun massacre comes at a time when the Republican-led House has moved to loosen firearms laws, not tighten them.

All Clinton did was to point out the heartless cruelty in such moves. For that, she, and not the murderer, gets vitriol from Fox News.