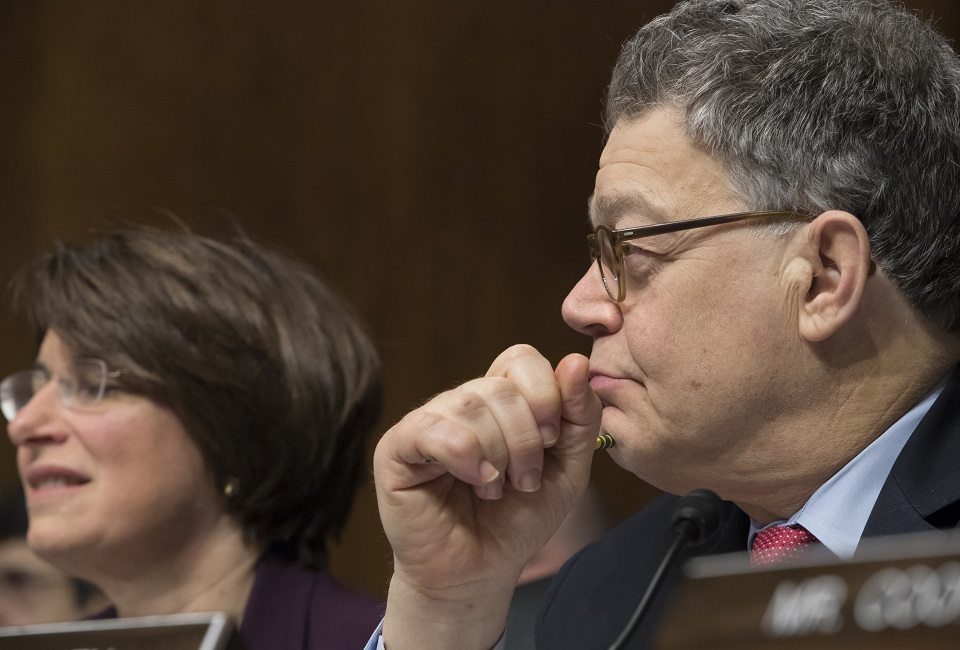 After it was revealed that Attorney General Jeff Sessions lied to Congress about his contacts with Russians, Republicans allowed him to submit amended testimony in writing. At a confirmation hearing for Deputy AG-designate Rod Rosenstein, Franken tore apart Sessions' letter, and later told CNN he now believes that Sessions "perjured himself."

Senator Al Franken (D-MN) got rather heated at the Senate confirmation hearing for Deputy AG-designate Rod Rosenstein while reading a portion of Attorney General Jeff Sessions' amended testimony into the record.

Franken called Sessions' written testimony "insulting," and demanded he return to answer questions before the committee:

He answered a question I didn't ask, and for him to put this in his letter as a response is insulting. And I, I — he should come back and explain himself, Mr. Chairman. I think he owes that to us. Because this appears to me like he was — and I have been, I've bent over backward not to say that he lied. He needs to come back. I've bent over backward. I've given him the benefit of the doubt, but he has to come back.

When the news that Sessions lied under oath first broke, many Senators called for his resignation, but were reluctant to flatly accuse him of perjury. His amended testimony seems to have cleared that hurdle for Franken, who later told CNN's Jake Tapper that he now believes Sessions perjured himself:

TAPPER: Sessions yesterday amended his remarks to the committee saying that his answer was correct and that he, quote, 'did not mention communications he had with the Russian ambassador over the years because the question did not ask about them.' What's your response, sir?

FRANKEN: That's a ridiculous response. It's not a clarification at all. Of course, the question didn't ask about the Russian ambassador. I didn't ask him — he answered a question that he asked himself, which is 'Did I meet with any Russians,' and he answered it falsely. He said, 'No, I hadn't.'

So, this response — listen, I've been cutting him a lot of slack. I've been refusing to say that he lied. I've wanted to wait for this letter to come out. It's hard to come to any other conclusion than that he just perjured himself.

Sessions has thus far gotten away with merely recusing himself from any investigation of the Trump campaign and Russia, but Democrats like Franken are obviously not settling for that wholly insufficient measure. If Sessions' resignation is too much to expect in this political climate, the appointment of an independent commission and/or special prosecutor is the bare minimum for which Democrats, and the American people, should stand.